The following is an edited transcript of the interview with Dr. Shah Mohammad Mehrabi conducted December 15, 2021 by EIR’s Gerald Belsky and Michael Billington. Since 2002, Dr. Mehrabi has been a member of the Board of Governors of the Da Afghanistan Bank, the Afghan central bank. Since 1992 he has been a professor in the Business and Economics Department at Montgomery College in Maryland and chairman of the department since 2003.

A Somber Warning from Russia -- "THE MOMENT OF TRUTH HAS COME"

Posted by Asuka Burke · December 20, 2021 9:53 AM
On October 22, 1962, President Kennedy said in a televised address, that the build-up of Soviet missiles in Cuba "in an area well-known to have a special and historical relationship to the U.S....is a deliberately provocative and unjustified change in the status quo which cannot be accepted by this country."  A very similar message has been sent by Russian President Putin to Trans-Atlantic leaders regarding the ongoing efforts to bring Ukraine into NATO, and place offensive weapons on the borders of Russia.  Russia's Deputy Foreign Minister Grushko said on Saturday, "We have reached our red line....The moment of truth has come."  The Soviets responded to JFK by removing the missiles, and opening a back channel for discussion, thus avoiding war.  What will U.S. and NATO leaders do today?
Read JFK's Address at this link:
https://www.jfklibrary.org/learn/about-jfk/historic-speeches/address-during-the-cuban-missile-crisis
1 reaction Share

On Sunday, the Council of Ministers of the Organization of Islamic Cooperation met in extraordinary session in Pakistan, and agreed upon resolutions for coordinated humanitarian aid to Afghanistan, and measures for economic functioning. Follow-up mechanisms were specified to implement the decisions of the OIC. Attending the meeting were 70 delegates, representing member countries, guest nations, international financial and UN aid agencies. The OIC, with 57 member nations, is the largest such world body after the United Nations. But even so, what determines what will happen for the Afghanistan people and nation, the greater region, and world situation, requires a shift in approach to abandon deadly geopolitics, and launch concerted positive action among major powers.

In the course of his 50-minute press briefing yesterday on the draft strategic treaties which Russia presented to the United States and NATO this week, Russian Deputy Foreign Minister Sergey Ryabkov said at least three times that Russia is ready to open negotiations now, “immediately,” “tomorrow,” in some third country on those treaties, if the U.S. accepts. Members of the Russian team which will participate in the negotiations have already been selected, he reported.

Pre-Meeting of the OIC Council of Ministers Calls for Swift, Life-Saving Action for Afghanistan

Today in Islamabad, representatives of most of the 57 member nations of the Organization for Islamic Cooperation were gathered for the pre-meeting to the extraordinary meeting of the OIC Council of Foreign Ministers on the Humanitarian Situation in Afghanistan, which will be held tomorrow. In a statement to today’s opening session of senior officials, the OIC Assistant Secretary General of Humanitarian Affairs, Ambassador Tarig Ali Bakhit Salah, stressed, as reported on the OIC website, “that after decades of war, suffering and insecurity, the people of Afghanistan need relief and peace. ‘It is crucial for the international community to take swift action to ensure that the people of Afghanistan have unimpeded access to life-saving assistance, and that humanitarian support is scaled up. The OIC humanitarian office in Kabul will assume its responsibility in coordination with the various international agencies in delivering the required assistance to the millions of people in need,’ said Ambassador Tarig.”

Join the Manhattan Project Meeting at 2pm EST, 11am PT 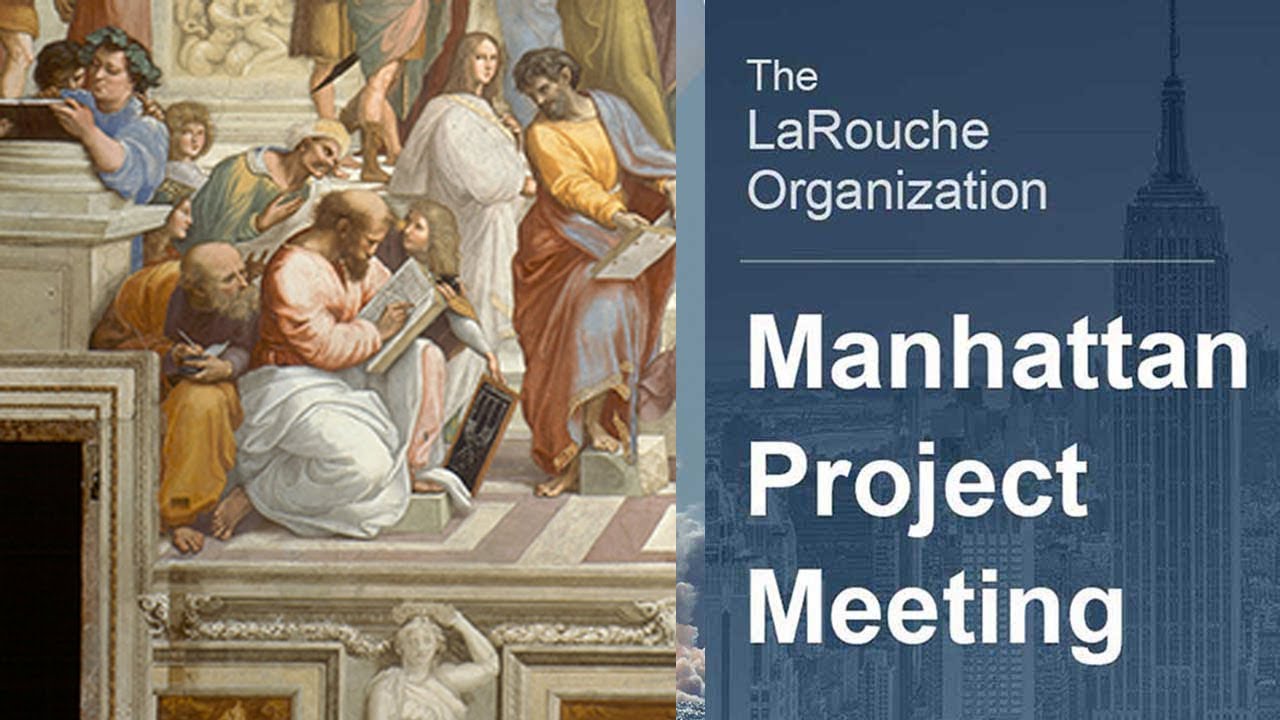 Operation Ibn Sina: Carrying the Flag of a New World Paradigm of Peace Through Development
with guest Harley Schlanger

In a world tortured by real problems such as species-threatening pandemics, civilization-destroying warfare, globalized criminal surveillance of populations, soul-destroying drug epidemics, and money-grubbing scams like global warming, where can a young person, just starting out in life, find prospects for optimism? Why does life matter? Why SHOULD life matter? Is it really true That each human life is a potential source of a good? Is there a way to know that? Why is life good, IF life is good.

We Have Reached the End of the Unipolar Era: Who Will Tell the War hawks?

by: Harley Schlanger
Dec. 17 -- Following the implosion of the COP26 climate summit and the farcical nature of last week's "Summit for Democracy", it is becoming increasingly evident that the power of the Trans-Atlantic alliance to enforce a unipolar order through false narratives, backed by military and financial intimidation, may no longer function.  The alliance has generally succeeded in imposing its will on the world since the collapse of the Soviet Union, arrogantly assuming the role as the ultimate arbiter of what its defenders call the "Rules-Based Order" (RBO).  Give up your sovereignty and play by the rules -- even when they undermine the development of your nation -- and you can be part of the club.  But step out of line, and you will face the full fury of an international war machine, steered from the City of London and Washington.
Just ask Saddam Hussein, Qaddafi, Yanukovych or Assad what the future has in store for you, if you defy the rules of the post-Cold War order!
Read more
2 reactions Share

Setting a Standard for Humanity

On Friday, Dec. 17, Russia released to the public two draft agreements it had proposed to the United States on Wednesday, Dec. 15: a Russia-U.S. treaty and a Russia-NATO agreement. These documents, written as full and designed to be ready to sign, are designed to address Russia’s security concerns.

Friday Questions: Is There a Snowball's Chance in Hell of Bringing Down the Corrupt Cabal Threatening Our Existence?

Posted by Asuka Burke · December 17, 2021 1:50 PM
Answering your questions:
Is there any way Biden would be allowed to respond positively to Putin's proposals from their video summit for a de-escalation over Ukraine?
Is Putin still conducting diplomacy based on his desire for a P5 summit?
Is there something we can do to encourage China and Russia to create an alternate financial system?
Where is John Durham and his investigation when we need him?
2 reactions Share

Beethoven, the President of the Human Mind

To mark the 251st birthday of composer Ludwig van Beethoven, the close of delayed celebrations and commemorations of the 250th anniversary of his birth, and the role of Beethoven’s life and music in the thinking of economist and statesman Lyndon LaRouche, musicians David Shavin and Fred Haight will join the Thursday Night Fireside Chat.