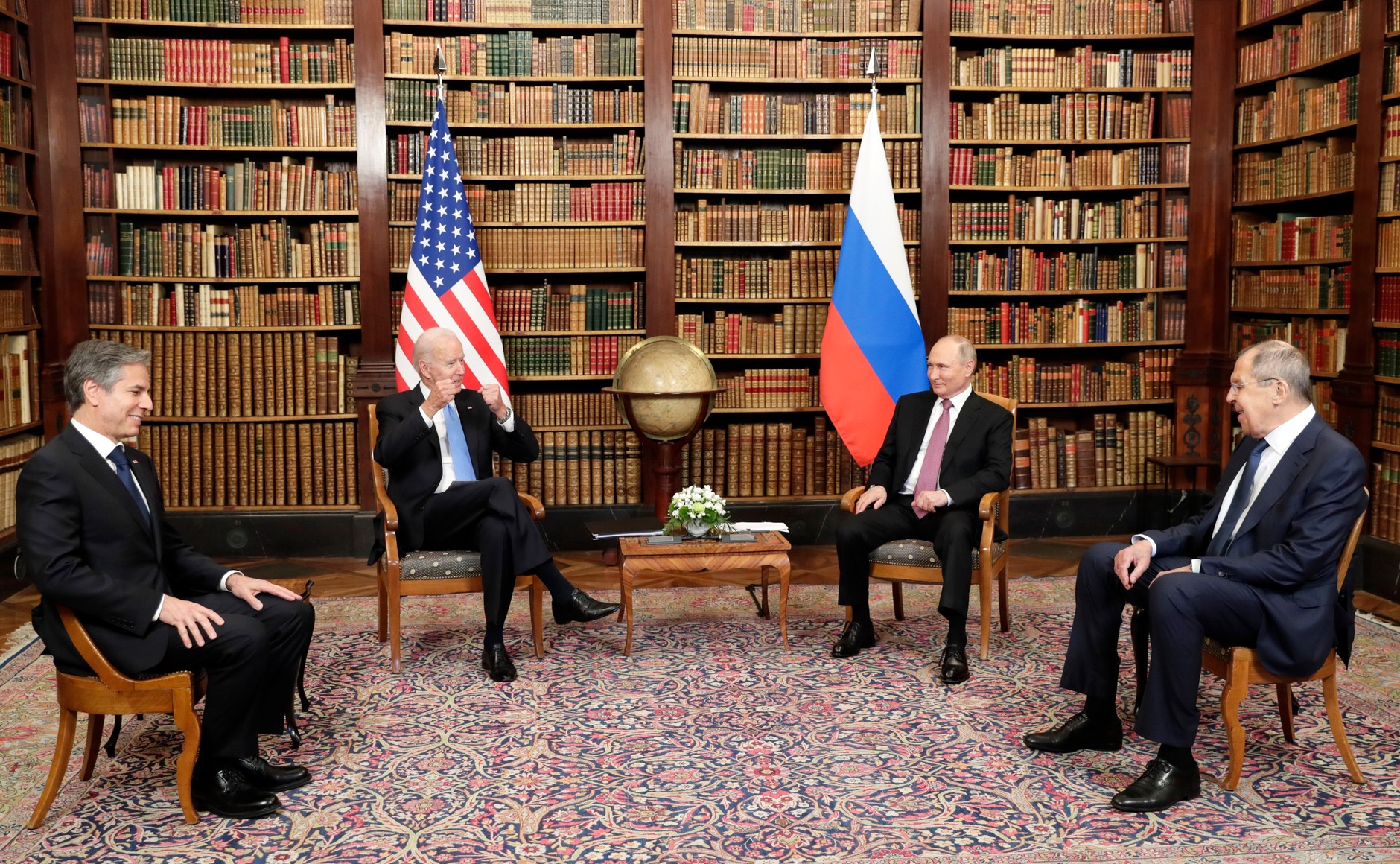 What Could Have Happened in Geneva, and What Must Happen in the World

That even the relatively uneventful meeting between Presidents Biden and Putin in Geneva can accurately be hailed as a step forward, speaks to the absolutely terrible situation the world is in. Hu Xijin, the editor-in-chief of Global Times, expressed it in a tweet: “The meeting itself sends a strong signal. Both want to end the worst period of U.S.-Russian relations post-Cold War. At the very least, achieve low-level stability in their bilateral ties and avoid new uncontrollable conflicts. And this is probably the only product of the meeting.”

Our aspirations must be so much greater!

Will Hyperinflation Wipe Out Your Bank Account? Spreading Syphilis is Not the Answer!

The Midwest LaRouche Organization hosted Independent LaRouche Candidate for Senate in NY, Diane Sare, for this week's zoom conference call to discuss the imminent hyperinflationary blowout of the Trans-Atlantic financial system. The Federal Reserve has 10 times more "assets" on its balance sheet today than it did in 2008, and double what it had one year ago. The big banks are holding twice as much in deposits as they are lending. Moreover, counting drug money and prostitution in the GDP will only make matters worse, and obliterate our already disintegrating cities.

Putin and Biden Take a Step Back from War: Mainstream Media Protests!

We should not overstate the case -- the outcome of the Putin-Biden summit did not resolve most of the outstanding issues, which the War Hawks in the Military Industrial Complex have been inventing and hyping, to bring the two countries to the brink of war. However, the joint statement they issued included an extremely important agreement: "Today, we reaffirm the principle that a nuclear war cannot be won and must never be fought." See if you can find this reported in the English-language mainstream media, which instead demeaned the summit, and tried to provoke confrontation between the two leaders, exactly as they tried following the July 2018 summit between Putin and President Trump in Helsinki.

U.S. President Joe Biden and Russian President Vladimir Putin emerged from their four-hour summit discussion today in Geneva, Switzerland, to present to the world a “U.S-Russia Presidential Joint Statement on Strategic Stability,” whose brief text includes the following central commitment: “Today, we reaffirm the principle that a nuclear war cannot be won and must never be fought.” That exact phrase was used by Presidents Reagan and Gorbachev in their famous November 1985 summit at the height of the Cold War, in the very same location.

For the Common Good of All People, Not Rules Benefiting the Few!

The upcoming two-day Schiller Institute International June 26-27 conference is part of a continuous process to build a stronger and stronger anti-Malthusian alliance worldwide, incorporating a network of people who understand the profound importance of a Renaissance of Classical culture. Register today to participate at schillerinstitute.com.