Feb. 20—FLASH: It was announced early Feb. 21 (Paris time) by the Elysée, that President Joe Biden and President Vladimir Putin have agreed, in principle, to a summit.

Schiller Institute Conference: Extreme Danger of War, and Justified Hope for a Resolution in Xi-Putin Declaration of a New Era of Peace Through Development

Feb. 19—The Schiller Institute Conference held today under the title “100 Seconds to Midnight on Doomsday Clock—We Need a New Security Architecture!” gathered leading figures from around the world to address, in the first panel, the mindless march to war between nuclear powers taking place over the artificially created crisis in Ukraine, and, in the second panel, the hope made real for the world in the Joint Communiqué by China and Russia on Feb. 4 declaring a new era for mankind.

Feb. 19—Working on a comparison of the current strategic crisis to the Cuban Missile Crisis of 1962, U.S. historian and political scientist Joshua Shifrinson found documents in the British National Archive which further prove that Western leaders did give Moscow assurances in diplomatic contacts in 1990 and 1991 that NATO would not be expanded Eastward. The documents include one quoting German representative Jürgen Chrobog at a meeting “of the political directors of the foreign ministries of the United States, Great Britain, France and Germany in Bonn on March 6, 1991.” According to the memo, Chrobog expressed, “We made it clear in the two-plus-four negotiations that we would not extend NATO beyond the Elbe. Therefore, we cannot offer NATO membership to Poland and the others.”

Conference: 100 Seconds to Midnight on the Doomsday Clock – We Need a New Security Architecture!

Panel 1 — Saturday, February 19, 10am EST
Who and what are driving the rush towards world war? How close are we? 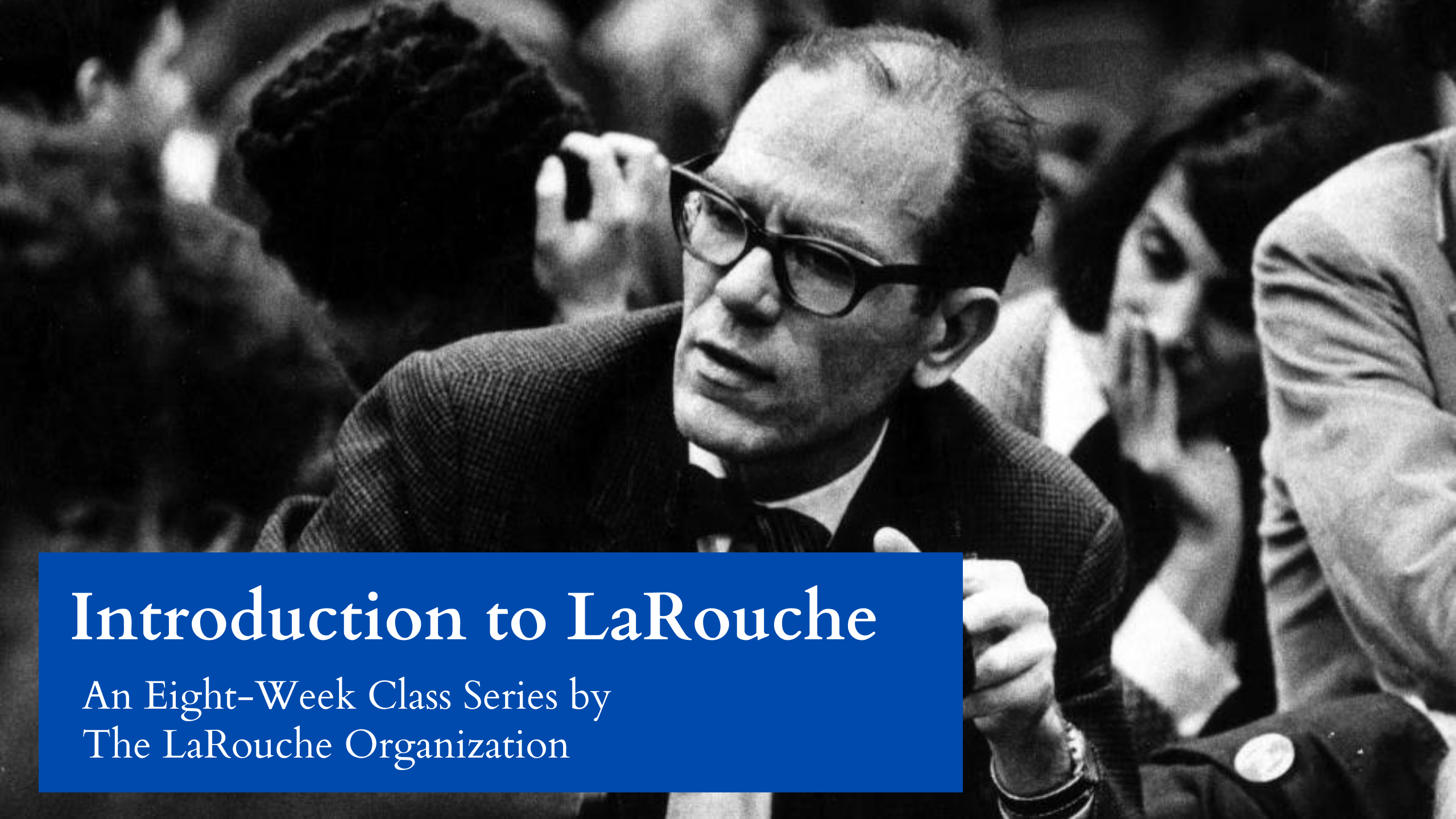 Sign up for the new LaRouche class series, "Introduction to LaRouche: The Power of Reason."

“I’m absolutely convinced that if we would publish right now LaRouche’s collected works, which is a gigantic task, because he was one of the most prolific writers of this time, it would have the same effect as the introduction of Plato to the Italian Renaissance."

Mass Evacuation From Donbas, Latest Consequence of U.S./U.K./NATO Onslaught; Act on Reason—It Was Not Inevitable!

Feb. 18—Today leaders of the two eastern border provinces of Ukraine, Donetsk and Luhansk, each gave orders for many of their residents to evacuate to nearby Russia, to be out of harm’s way from the mounting fire from Ukraine forces, which had intensified over Thursday night. Long lines of cars formed in the dark, en route to Rostov, where, under directives of President Vladimir Putin, temporary arrangements have been made for their accommodation. There is no basis for quick conjecture what this will eventually mean, given the many narratives issuing forth from NATO networks that Putin is bound to be staging a false-flag incident for an excuse to invade.

What does fusion power (30 years away?) have to do with preventing hyperinflation and stopping the oncoming financial blowout?

How Do You Know That Tony Blinken Is Lying? His Lips Are Moving!

Posted by Asuka Burke · February 18, 2022 9:18 AM
Blinken's difficulty with truthful dialogue was again on display yesterday, in an interview with ABC-News, and in a speech before the U.N. Security Council (UNSC).  At the UNSC, he presented lie after lie, asserting that Russia will invade Ukraine, Russia has violated the Minsk Agreement, is preparing a false flag event in the Donbas as an excuse to invade, etc., etc.  Expect more of the same today from him and NATO spokesmen at the annual Munich Security Conference.  To hear the full, actual truth, be sure to register for the online Schiller Institute Conference on Saturday.
Add your reaction Share

Although what had been promoted as the day of Russia’s invasion of Ukraine has come and gone, and as Russia mobilizes to move troops from its western border regions and Belarus back to their bases, the tremendous threat of military conflict has not abated. Shrill cries continue to emanate from the U.S., UK, NATO, and legacy media. And the threat cannot be resolved by actions taken within the “Ukrainian” arena itself.

Posted by Asuka Burke · February 17, 2022 7:35 AM
Speaking to reporters yesterday, President Biden seemed to be facing reality.  The invasion of Ukraine by Russia, which his intelligence team had predicted for February 16, did not happen.  While not acknowledging the error, he said he will address the security concerns raised by President Putin, and engage in continuing dialogue.  But one of the major factors behind the war drive -- the collapse of the Trans-Atlantic economic/financial system continues, with investment guru Jeremy Grantham saying he believes we are at "the beginning of the burst."  The Schiller Institute will address the interconnection between economic collapse and the war drive this Saturday, Feb. 19 at 10 AM EST -- register for the online conference here: https://schillerinstitute.nationbuilder.com/100_seconds_to_midnight_02192022
1 reaction Share