A Mission for the World: Create Productive Jobs and Productivity

Pursued under the guise of Covid relief (although the shift in policy had already begun in 2019) the American economy and its workforce have been subordinated over 2020–2021 to the Federal Reserve’s policy of bailing out trillions of dollars of worthless speculative debt. And Federal Treasury stimulus money has reached $5.5 trillion without creating a single new productive project or job.

The failure of the monetarist policies that gave us five decades of deindustrialization and the deterioration of the American economy into a globalized service economy must now be reversed.

When the United States was fighting a great war against fascism 80 years ago—and what are we in now, if not an international war against disease, hunger and unemployment?—more than half of America’s entire labor force was productively employed—involved in building, operating, or maintaining the physical economy of the United States which produces all the goods and services we live on. In the 1960s, as we went to the Moon, the workforce was still 35% productively employed, with 400,000 Americans working on the Apollo project itself. Over the period 1935–75 the U.S. economy transformed itself, rising from the Great Depression to become a world powerhouse.

All of that was reversed with Nixon pulling the plug on the Bretton Woods system on Aug 15, 1971, beginning the transformation of the United States into a post-industrial junk heap. By 2020, with just 15% of the U.S. workforce productively employed, America was unprepared to be an arsenal of healthcare and nutrition for the world.

Now, the United States can transform its economy quickly into that arsenal, while keeping its sights on its missions to the Moon and Mars.

America now has a labor force of about 170 million people; 164 million are currently working or have worked recently enough to be officially counted in the labor force by the Labor Department. Less than 30 million are productively employed; another 19 million work in such essential services as healthcare and education. 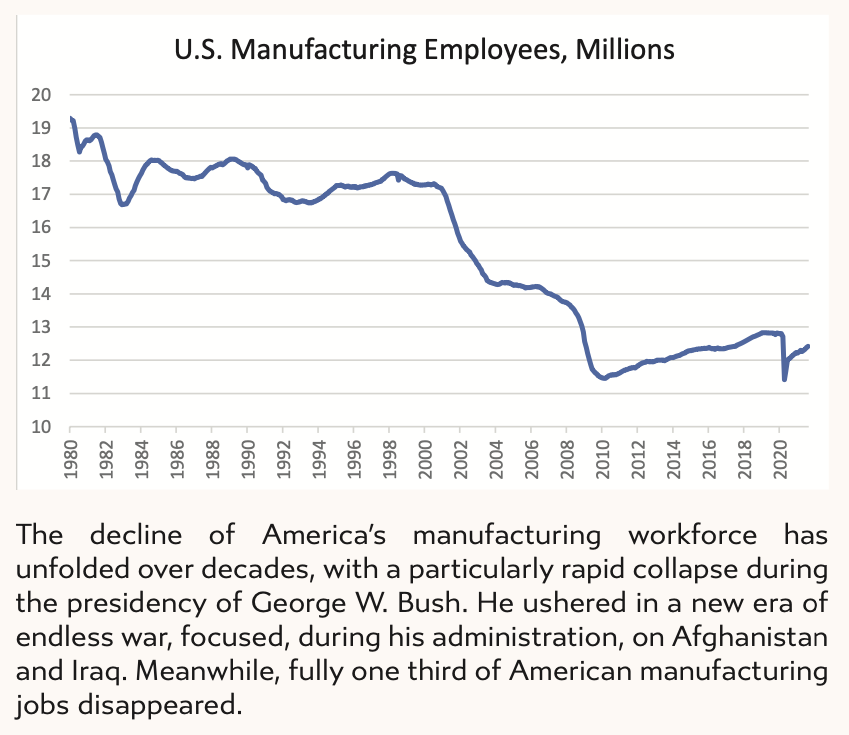 At least 100 million Americans in the labor force are neither productively employed, nor involved in the creative invention of new physical and biological processes, which is the real source of any nation’s wealth.

With 50 million new productive jobs, the United States would be equaling the level it reached in 1944 when the Arsenal of Democracy was going full bore: Half of the entire workforce would have productive jobs.

New hospitals and public health centers: If the United States joins with the other leading technology powers in mobilizing new hospitals, equipment, staffing, and specialists across the developing nations of South America, Africa, and Asia, that process will create 6 million new productive, skilled jobs in America and well more than 100 million such jobs worldwide.

The Hospital Survey and Construction Act (Hill-Burton Act) of 1946 mandated a minimum number of hospital beds per capita at the county and municipal level. The era of for-profit hospital chains has abandoned this physical standard, effectively cutting in half (or worse, depending on the county) the number of beds per capita. The coronavirus pandemic has given us an order: Restore a physical standard of hospital bed construction and availability. We should work with other major economic powers to build it worldwide. 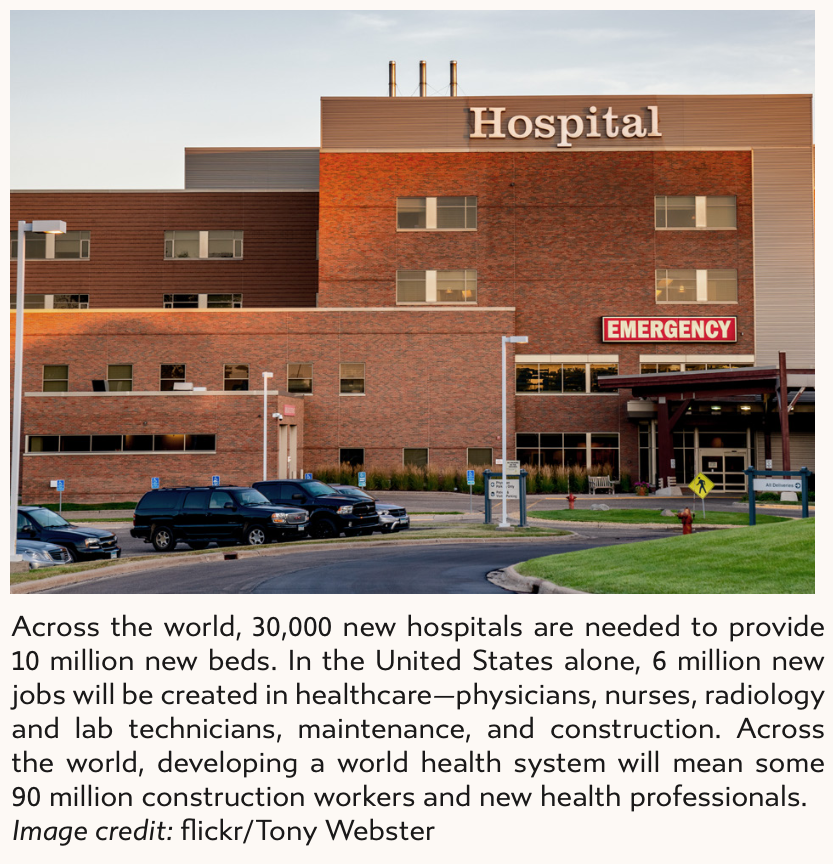 In the United States this will create 5-6 million new long-term jobs based on the current staffing of our hospitals and hospital wards. These would include about 300,000 physicians and surgeons, 1.4 million registered nurses, 170,000 diagnostic technicians and technologists, and more than 117,000 clinical lab technicians, not to mention pharmacists, dieticians, maintenance workers, and so on. Moreover, at least 500,000 construction workers and engineers will be directly employed for a decade in building these new hospitals, and hundreds of thousands more producing the materials for them.

Building the new world public health system can’t take a decade—it must be done as rapidly as possible to prevent a massive number of human beings dying of COVID-19 or of lack of necessary treatment for other diseases. This will mean more than 90 million construction workers and new professionals to build and staff the hospitals, with isolation and intensive care capacity, clinics, and new “CDCs” and research centers.

Electric Power: The United States and cooperating powers will need much more electric power for this mobilization. Powering these new hospitals alone, in countries across the world, many of which generate and use 100 kWh/person/year or less (compared to 10,000 in the United States and 7–8,000 in Europe) will mean producing and siting 1,000 or more reliable power plants (including nuclear, gas, and clean coal, but not “interruptible” plants marketed as “renewable”) of 50–100 megawatts each, and fast.

Worldwide, more than a billion people have no access to electricity at all. About 10 million jobs will be created internationally just building barely reasonable levels of electric power; more than 1 million in the United States including construction workers, power engineers, and line workers. 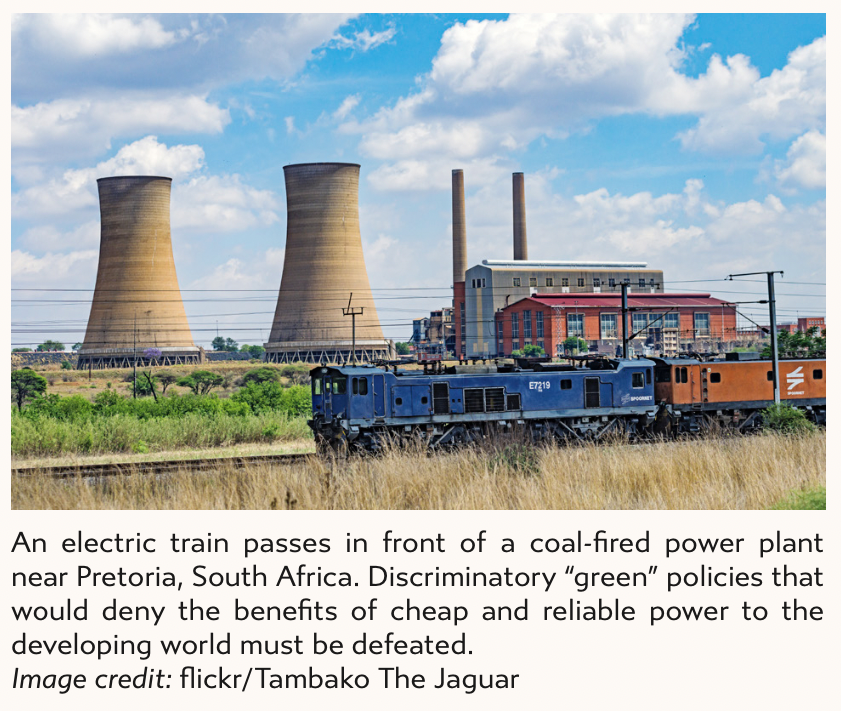 Water infrastructure: Providing fresh water for all the hospitals, clinics, and research centers to be built throughout the developing countries against the COVID-19 pandemic is only one aspect of the huge need for water infrastructure that we need to get to work on. We must also develop municipal water, irrigation, navigation, drainage, and flood control.

Twenty years after his death these ideas became a plan for a truly great project of infrastructure, supported by President John Kennedy and by Robert Kennedy as a Senator. This was the North American Water and Power Alliance (NAWAPA) plan. After their assassinations, this great project was abandoned by America’s political leadership in the maelstrom of the Vietnam War.

The NAWAPA plan has been described as the equivalent of “a dozen TVAs.” Our study showed it will create 6–7 million new productive American jobs over a decade—construction workers, tunnel drillers, heavy equipment makers, civil and heavy construction engineers, and on and on. Irrigated agriculture in the Southwest could expand from 22 million to 41 million acres through the NAWAPA infrastructure project.

The Transaqua project in Africa’s Sahel may be the most crucial “new TVA” today; but there are many other candidates. They are the key to spreading modern high-technology farming. Worldwide, this kind of project—new TVAs—will create a very large number of new productive jobs, at least 20 million over the next generation.

New Transport Corridors: Lyndon and Helga LaRouche and the Schiller Institute have promoted the Eurasian Land-Bridge / “New Silk Road” projects since the 1980s, expanding their idea into the World Land-Bridge by the late 1990s.

The lines built from China to Europe have been adding to the freight transported by air or ship, especially during 2020. The manpower requirements to build these as double-tracked rail main corridors and connectors include 80,000 new skilled and productive jobs for each 5,000 miles of such high-speed or mag-lev rail. That’s 650,000 people employed to build the U.S. “lower 48” electrified rail network; 60,000 more for an Alaska-Canada corridor to the Bering Strait; and about 5 million to build out the rest of the World Land-Bridge. This would be the work of up to a full generation. 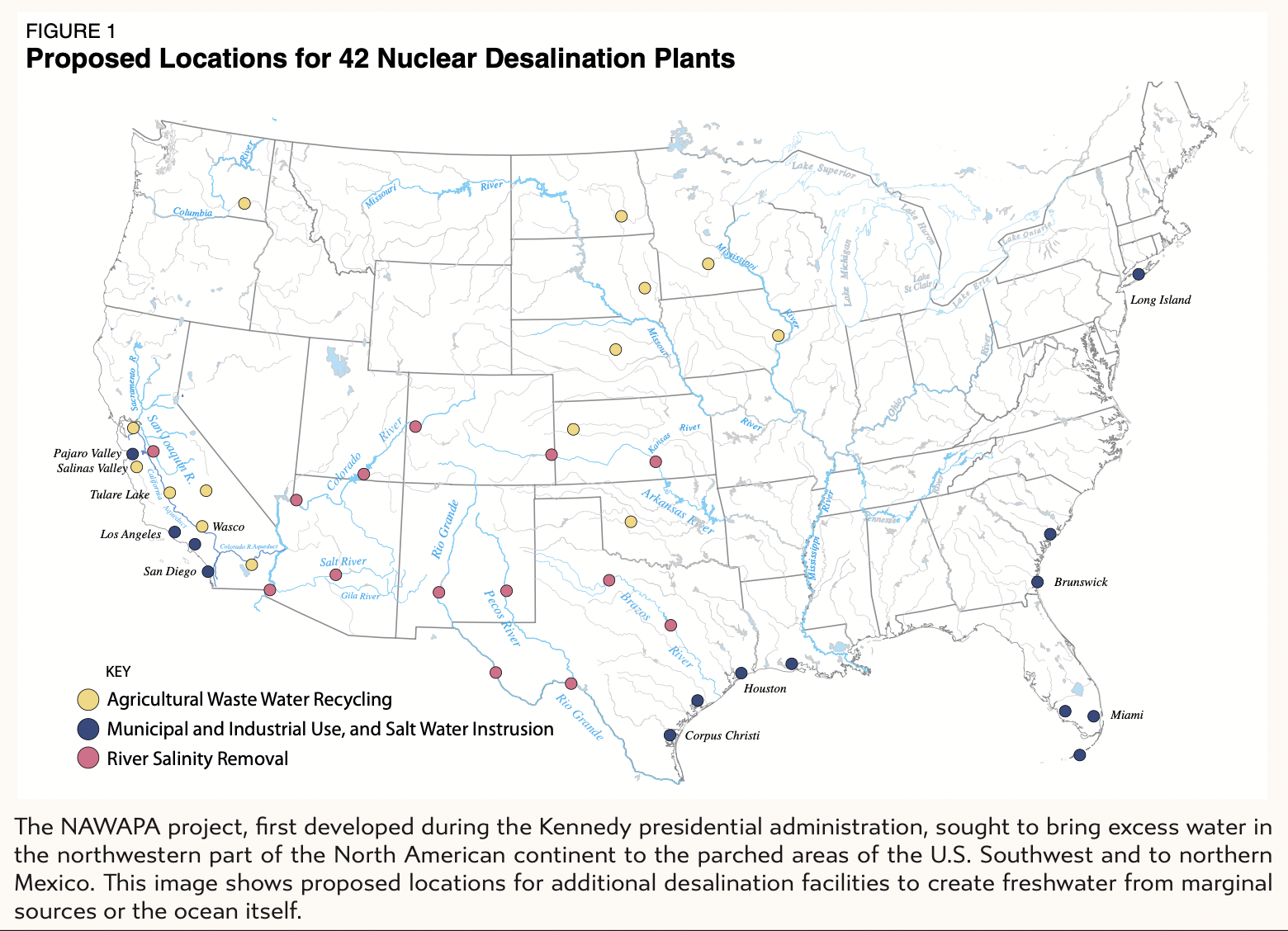 Producing the all-electric locomotives and rail cars is a job for the auto industry, along with tasks such as producing medical equipment and devices demanded by the coronavirus crisis and our new health care system. This will require the 6,000 megawatts of new electric power capacity as part of the build-up we described above, as well as many millions of tons of steel from a geared up steel industry.

The Moon-Mars mission and space colonization: Nearly half a million American scientists, engineers, and skilled craftsmen worked on the Apollo project which took human beings to the Moon. That NASA-centered workforce is down to far less than 100,000 now.

As we gear up the Moon and Mars mission that NASA calls Artemis, doubling NASA’s budget to start with, and cooperate with all the other space-faring nations that want to send human beings into the Solar System, then that project will employ, directly and indirectly, at least a million scientists, engineers, and skilled workers.

The Coming Transformation of the Economy

Just the direct employment on the international infrastructure projects most urgently needed to meet this crisis and transform the world economy in the process, will create at least 135 million new, productive and skilled jobs and professions worldwide, and 15 million of those in the United States. This will take place over a generation but its largest component is the mobilization for new world healthcare and public health systems which must be built immediately. 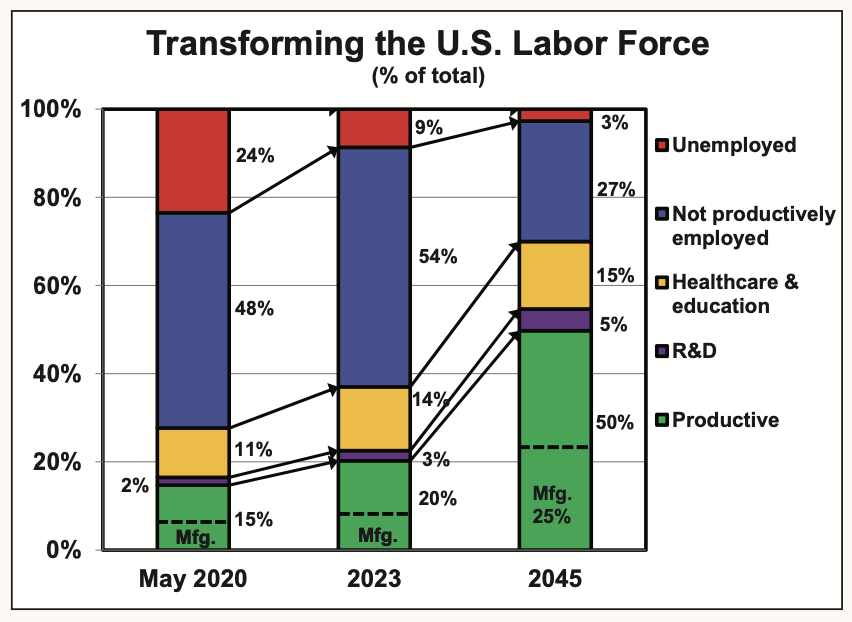 Above: The vertical bars represent the composition of the U.S. workforce over time. As our economic development picks up steam, not only will unemployment decrease: so will masses of unproductive, often low-paying jobs, to be replaced with productive employment in physical goods production and infrastructure development. (Note: “not productively employed” does not necessarily mean “uselessly employed.” Although they do not directly contribute to the productive process, we will still need groceries, haircuts, banking services, and retail stores.)

In the process, we will again reach the level of more than half the American labor force working in productive jobs—at higher technology and productivity than the mid-20th Century decades.

In the American economy we can immediately start a strong increase in productivity of employment by starting a crash mobilization of hospital construction and public health production worldwide. This draws people now unemployed, non-productively employed, and simply those wanting to help create this critical economic infrastructure.