Nov. 8—A cold bath of reality was poured down upon Democratic Party ideologues in state elections in Virginia and New Jersey on Tuesday, Nov. 2. The deluded belief, that politically correct narratives can cover for the failure to address bread and butter issues of the economy, was smashed by a mass desertion of voters in two supposedly Democratic states, which just twelve months ago voted by significant margins for Joe Biden.  In the 2020 presidential election, Biden carried Virginia by a 10% margin, and New Jersey by 16%.

In the gubernatorial election on Tuesday in Virginia, Republican Glen Youngkin won by 2.1% over favored former Governor Terry McAuliffe, a Democrat.  McAuliffe's campaign mirrored the failed campaign of Hillary Clinton in 2016, by ignoring the growing concerns of voters over economic difficulties, and their opposition to radical social engineering focused on education, race and "gender" issues.  Instead, he assumed that repeating the mantra that a vote for Youngkin is a vote for Trump would assure his victory.  He went so far  with this "strategy" that he repeatedly referred to his opponent as "Trumpkin."  Though Youngkin was endorsed by Trump, he kept some distance from him.  He called for lowering the gas tax, at a time when gas prices are surging upwards; ending the regressive tax on groceries, as food prices sky-rocket; and giving parents more control over school curriculum, which has been a polarizing issue in the state, after a highly-publicized sexual assault on a fourteen year old girl in a school bathroom by a boy wearing a dress.

The national Democratic party attempted to rally behind McAuliffe, a long-time political associate of the Clintons, by trying to make Trump the issue.  This backfired on two levels.  First, it fired up Trump supporters, especially in rural areas, who turned out to vote in high numbers; and it lost the support of suburbanites, who voted for Biden in 2020 in the expectation that he would follow through on his campaign pledges to end the COVID pandemic, address income inequality, and create jobs.

Who Is Glenn Youngkin?

Trump loyalists gleefully jumped on the result in Virginia, proclaiming that it shows that Trump could easily defeat Biden in a rematch in 2024.  While it is easy to frame this result as Trump Republicans versus the Democratic establishment, it overlooks one major factor which shaped the outcome in Virginia: Youngkin does not have the profile of a Trumpista.  In fact, by his background, he is the kind of Republican Trump decimated in his 2016 primary victories over 17 "mainstream" Republicans.  Youngkin spent more than two decades working for the Carlyle Group, a financial consulting and investment firm created by Wall Street and the Bush political networks, which engages in buyouts of, and lobbying for firms which are part of the broader defense establishment -- the very Military Industrial Complex that Trump denounced repeatedly, and fought against, in his 2016 campaign, and his effort as President to end the "endless wars."
Youngkin spent five years in London, working for the U.K. Carlyle branch, putting him in close contact with the City of London forces which worked directly with the Clinton campaign and the U.S. intelligence networks to coordinate the Russiagate regime change operation against Trump.
The bigger picture is that the result was another example of the anger aimed at an out-of-touch establishment which demonstrates no concern for the plight of those suffering due to tough economic times.  That McAuliffe is part of that establishment explains why he ignored the economic issues, and ignored Youngkin's involvement at a high level in that club, and instead embarrassed himself by making an ex-President the issue.

"It's The Economy, Stupid"

Biden, Vice President Harris and Barack Obama all visited the state to campaign for McAuliffe, assuming voters would support him as part of a "return to normal," that is, before the disruption of "business-as-usual" by the candidacy and presidency of Donald Trump.  Exit polls showed that 35% of voters placed the "economy and jobs" as their number one concern.  McAuliffe's campaign was hurt by the Biden administration's failure to deliver on its campaign promise to "Build Back Better" -- as its infrastructure bill and budget bill have been bottled up by Republican opposition and intraparty battles among Democrats -- and its efforts to address social issues through the application of "identity politics" around race and gender.

A former prominent GOP strategist said the vote in Virginia and New Jersey -- where Democratic incumbent Governor Phil Murphy won by a slim margin after having won by 14% four years ago -- should be a “wake-up call” for Democrats. “The Dems ran an atrocious campaign,” he stated.  They assumed that the hatred of Trump would carry them to victory. What it shows, instead, is that “they have nothing to offer families facing very hard times. Their budget plan stinks, the Green New Deal will penalize all but the most wealthy, there is no consensus among them on how to proceed—what are they offering their base?” The idea that they can hold the House and Senate in 2022, without a dramatic change by the Biden administration and Congressional leaders, is a prime example, he concluded, of “Trump Derangement Syndrome.”

This assessment was echoed by a Democratic strategist, Julie Roginsky, who had previously worked for Murphy.  Asked whether Biden’s fall in the polls was the key to the dismal results for Murphy, she responded, “Biden didn’t help, but let’s deal in some hard truths, no matter how unpleasant for Democrats: You don’t nearly blow an election where your party has a 1 million-vote advantage without some awful missteps. You actually need to have concrete plans and a vision for the future other than ‘Donald Trump is the antichrist.’” 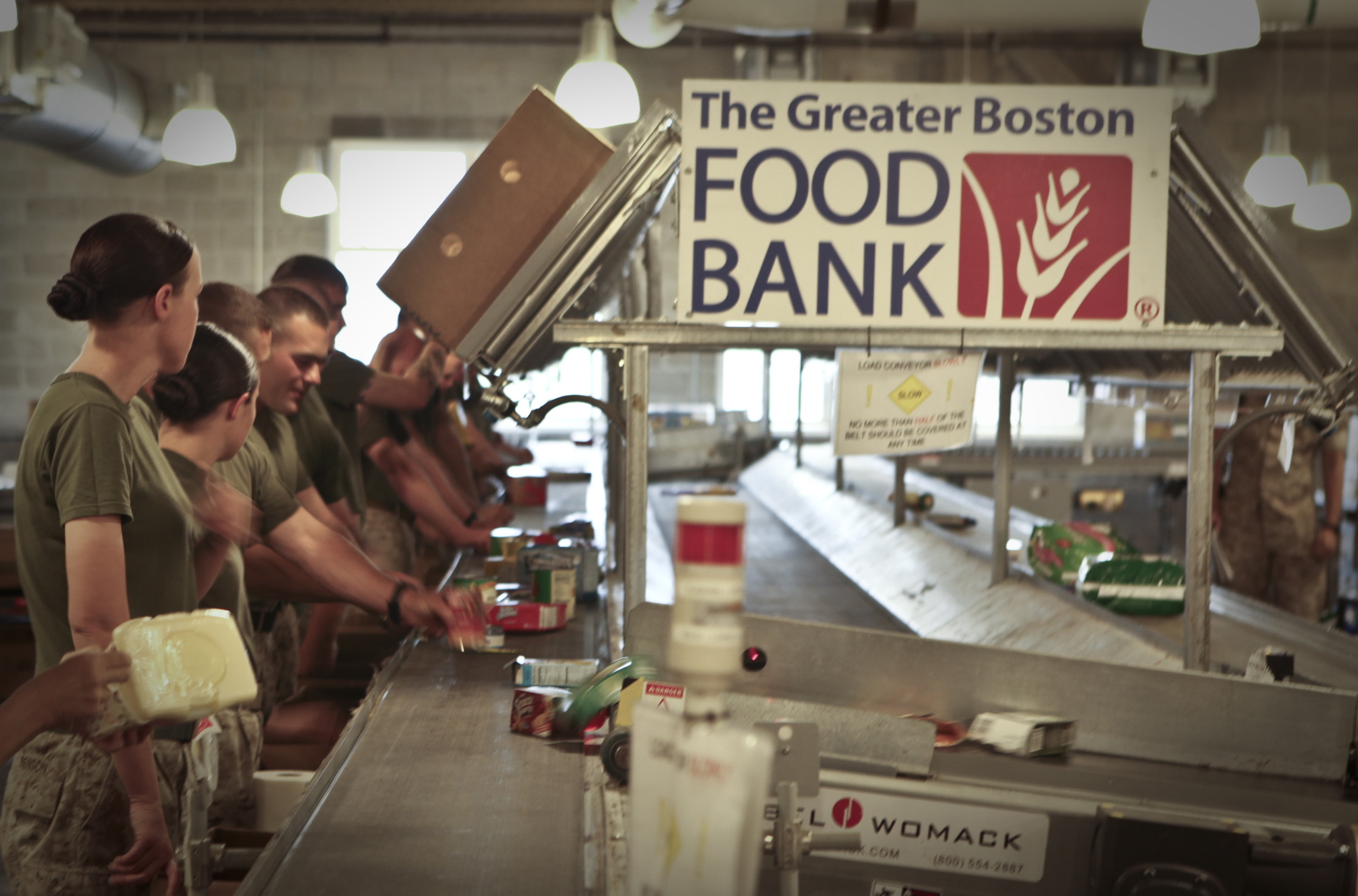 Will Biden and the Democrats get the message sent by voters in these two states?  Immediately after his return from the COP26  summit in Glasgow, where Biden pledged his full support for the population reduction policy at the heart of the Green New Deal and the global banker's dictatorship unveiled there, he again demonstrated his party's embrace of the anti-growth, neo-liberal economic policies, which are driving hyperinflation and shortages of energy, computer chips and building materials.  His performance echoes the tone-deafness of Hillary Clinton's losing campaign in 2016, by failing to acknowledge the frustration and anger against elected officials who ignore the effects of the systemic economic collapse on the living standards of the majority of the population.  This is compounded by the reality that if his his Build-Back-Better budget policy were passed, it would do nothing to improve the situation, instead making conditions worse.

In 1992, Bill Clinton campaigned for President with the slogan, "It's the economy, stupid", to call attention to the difference between his commitment to address the economic crisis, with the seeming indifference expressed by his incumbent opponent, President George H.W. Bush, toward the concerns of the American people with the accelerating decline of the physical economy.  What was declining then is approaching a full-scale systemic collapse today, as the neoliberal axioms which have caused the decline were not rejected by Clinton nor his successors.  What should be gleaned from the outcome of the vote in Virginia and New Jersey is not only that it is still "the economy, stupid," but that hiding behind political correctness and "business as usual" is not only an electoral strategy doomed to fail, but an approach which will fuel the anger of voters against any candidate unwilling to break with the discredited policies of the last thirty-plus years.