While British Foreign Minister Raab threatens China over its unwillingness to submit to the City of London's Rules-Based Order, the largest financial institutions are granted exemptions from the new minimum global corporate tax praised by Biden.  If a company is a corporation based in the City of London, Wall Street or Silicon Valley, it is exempt from the new taxes.  The blowhards demanding subservience to the new global order are deploying regime change operations and military threats against nations which don't accept the arbitrary rules the Davos billionaires have created for everyone, but themselves!  The imperial order is dying, help us put it out of its misery, by creating a new, just order based on principles of international law.

Send me your thoughts and questions: [email protected]

Countermoves to Imperial Geopolitical Provocations Emerge: Will the U.S. Remain Under Control of the Davos Billionaires?

Unfortunately, the U.S. withdrawal from Afghanistan is not a break with British imperial geopolitics, but an attempt to change the venue from the Middle East to the Indo-Pacific region. The failure of the U.S.-NATO war in Afghanistan will be followed by an even more devastating debacle in the Indo-Pacific, unless the U.S. breaks definitively from the Military Industrial Complex's commitment to geopolitical doctrine. A potential for such a shift was opened by the three-way call yesterday between China's Xi, France's Macron and Merkel of Germany. Will the U.S. join them, or remain an enforcer of the global central banker's Rules-Based Order dictatorship?

Posted by Malene Robinson · July 06, 2021 9:35 AM
As news reports feature the threat of a Taliban takeover of Afghanistan following the withdrawal of U.S. forces, some voices in the U.S. Congress are questioning why we are leaving!  The real question should be, "Why were we there for 20 years?  Why did we waste more than $1 trillion and several thousand American lives on a war the Pentagon knew was unwinnable?"  The followup question to that should be, "Why are we still using British geopolitical strategies to conduct our foreign and military policies?  When will we learn our lesson -- as Lyndon LaRouche always insisted -- that the British Empire is our republic's only true enemy?"
1 reaction Share

by: Harley Schlanger
July 2 -- Russian President Vladimir Putin: "The period of the unipolar world is gone." 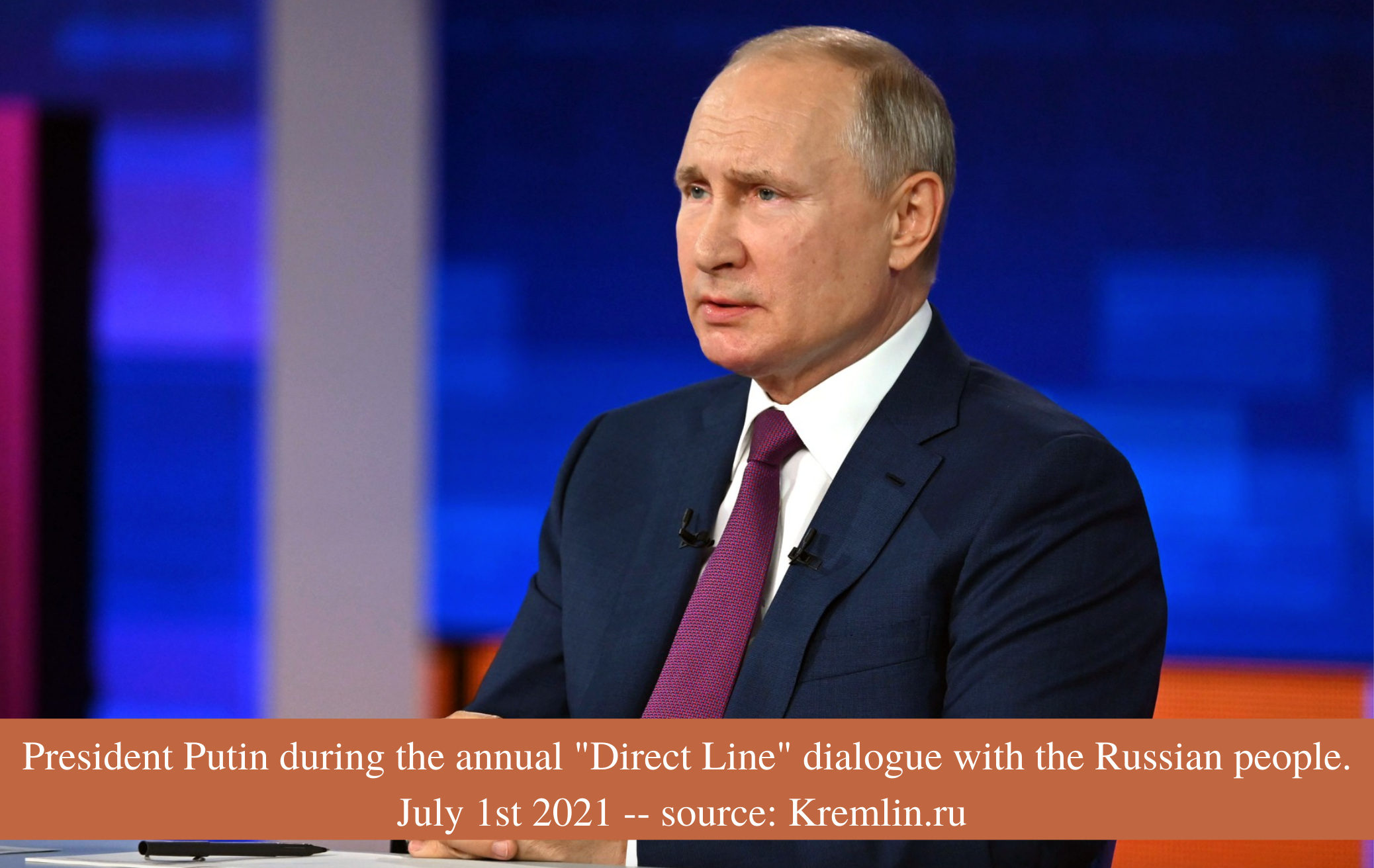 Putin's statement, made on July 1 during his annual session of dialogue with the Russian people, echoes the same sentiment expressed by the Chinese Embassy in London during the G7 summit, which stated that the "days are long gone" when a "small group of nations" can dictate global policy decisions. Putin's dialogue followed an online session with China's President Xi Jinping on June 28, during which the two agreed to extend the Friendship Treaty between them for five years. In their joint communique, they pledged "enduring friendship", based on "bilateral cooperation" in politics, economics and culture, as well as mutual security. Xi stated that the agreement forms the basis for "building a community with a shared future for humanity."

Friday Questions: Is the 4th of July Still Relevant Today????

Questions taken up today: 1.) Is Putin right when he said that even if Russian forces sunk the HMS Defender, it would not lead to war? 2.) Do Europeans support the Green New Deal, as European Central Bank Chair Lagarde claims? Is it possible to have an honest debate on whether "climate change" is caused by human activities? 3.) Anything new to report on the status of Julian Assange? 4.) Is the 4th of July still relevant today?

Putin: "The Period of the Unipolar World is Gone"

In his annual conversation with the Russian people, Russian President Putin emphasized that the world is changing, and one of the most important changes is that no nation, or group of nations, can dictate policy, under the umbrella of enforcement of a self-interested "Rules-Based Order." He reiterated that Russia is open for dialogue, for cooperation, but its sovereignty cannot be challenged. He stated that he hopes Russia's partners in the west understand this, and will cease the provocations and sanctions, for the sake of peaceful and mutually beneficial cooperation.

The Green New Deal Must Be Rejected

With power outages hitting many states in the U.S., from the Pacific Coast to Michigan, it should be becoming clear to more people that not only will "Green" infrastructure not work, but it's not supposed to work -- it is part of the policy to accelerate deindustrialization, with the intent to reduce population. Join our anti-Malthusian mobilization, to debunk the fake science behind "man-made climate change". Lyndon LaRouche already proved, many years ago, that "There Are No Limits to Growth."

For Global Peace and Economic Cooperation, QUARANTINE the British Empire!

As more becomes known about the provocation launched by the British warship HMS Defender, it is clear this was a provocation aimed at sabotaging any potential for better relations between the U.S. and Russia. It is an example of the kind of gunboat diplomacy which characterized the British Empire's actions to dominate global trade and commerce, and force all nations to submit to Pax Britannica -- an example of the kind of unilateral world order behind today's drive for the Great Reset. But Russia and China will not submit. The big question today is, will the U.S. continue to carry out the agenda of the City of London, as it has on nearly all important strategic and economic issues since the assassination of John F. Kennedy nearly 60 years ago?

As the Reign of the Imperial System Is Coming to an End, the Geopoliticians Escalate Their Provocations

This past weekend's Schiller Institute conference pointed the way toward an escape from the devastating consequences of the end of an imperial era, with a dialogue demonstrating the potential for sovereign nation states to cooperate for the benefit of all mankind.  The Empire will not just go away quietly, though.  Instead, they are engaging in one provocation after another, with special emphasis this week on the Black Sea and Syria.  Watch the Schiller Institute conference, at the schillerinstitute.com and join us to move humanity into a new era.

Posted by Malene Robinson · June 25, 2021 10:05 AM
The British government at first denied there was a confrontation in the Black Sea with Russian naval vessels, then proclaimed they do not recognize that Crimea is Russian; and finally, a BBC reporter, on board the ship, admitted it was "a deliberate move to make a point to Russia."  At the risk of a nuclear war?  And what exactly is that point, that the Brits can force the U.S. into a war with Russia?  Join us tomorrow and Sunday, at Schillerinstitute.com, for a two-day online conference, to become part of the mobilization to flank the evil bastards from the City of London who keep playing such dangerous games.
2 reactions Share