The Unipolar World Is Dead

HARLEY SCHLANGER: What I will show is that the U.S. official position -- that Russia is the cause of the problem, and Russia has to back down, Russia has to move back its troops and so on -- is either based on ignorance of history, or an arrogant view of the U.S. as the unilateral enforcer of a “rules-based order.” What I intend to show is that it’s the latter.

Once again, a fraudulent report has been produced by British intelligence to push the U.S. into war, this time with Russia over Ukraine. Using the usual tactics -- anonymous sources, promoting fake intelligence, asserting devious schemes by Russia -- they may be reacting to a sense of reluctance in Washington, by Biden, and some NATO countries, to plunge into World War III. That the U.S. has now announced that it will respond to Putin's demands for "legally-binding security guarantees" may have spooked the Brits into "ramping up preparations" for war. A thorough background report was produced in a Schiller Institute video seminar on Jan. 22, "Can War with Russia Still Be Averted", available HERE.

The comments made in Berlin yesterday by Tony Blinken on the continuing war tensions between the U.S. and Russia over Ukraine show a dangerous detachment from reality.  In stating before his meeting with Russian Foreign Minister Lavrov today, "I don't expect a breakthrough," he is demonstrating the delusional attitude of much of the Trans-Atlantic leadership, which is willing to risk a nuclear war, rather than take President Putin's demand for national security guarantees seriously.  Lavrov will likely call his bluff -- then how will Mr. Blinken respond?

The Choice Is Between a War of Annihilation or Peaceful Cooperation

While it appears in the visible realm that no accord was reached in the Russian talks with the U.S. and NATO last week, there are developments which suggest that at least some in the West realize that President Putin is serious that his demands regarding Ukraine must be addressed. Blinken is in Kiev today, Berlin tomorrow, then will meet with Russian Foreign Minister Lavrov Friday.  Yesterday, German Foreign Minister Baerbock met with Lavrov, as the new Scholz government in Germany is putting itself forward as a mediator.  The next days will go a long way toward determining whether there is a step back from a possible nuclear World War III.

The War Hawks behind the foolish endless wars, who continue their destruction with sanctions and freezing funds belonging to the people of Afghanistan -- which threaten the lives of millions due to starvation -- have been engaged in a dangerous escalation against Russia.  While some pundits say that Putin has made his point, and "de-escalation" will occur, the cause of the problem remains: NATO, the tool used by the neocons against Russia.  The best way to de-escalate, says Helga Zepp-Larouche, is to disband NATO, and cooperate in a global financial bankruptcy reorganization

Strike a Blow Against the Globalist War Hawks, By Stopping the Murder of Afghanistan

The Schiller Institute (SI) has taken the lead in mobilizing to save the people of Afghanistan.  After finally ending four decades of war, which killed tens of thousands of civilians and left the nation in chaos, the war hawks of the Trans-Atlantic region took out their anger by adopting policies to "punish" the Taliban, which in reality are killing innocent civilians.  There is now a growing recognition of the evil this represents; also the possibility that collaboration among Russia, China and the U.S. can not only end the suffering, but create a basis for further collaboration.  Join the SI online seminar today, "To Stop the Killing of Afghanistan" -- register here: https://schillerinstitute.com/blog/2022/01/16/live-event-stop-the-murder-of-afghanistan/

Posted by Malene Robinson · January 14, 2022 12:17 PM
by: Harley Schlanger
Jan. 14 -- A week of summits scheduled to resolve the deepening tensions over Ukraine between Russia and the United States and NATO did not succeed, based on the initial press briefings and read-outs produced by the participants.  The talks came after two video calls between Presidents Biden and Putin, and were centered on U.S. charges of an impending invasion of Ukraine by Russian forces, and the Russian's insistence on receiving written, legally-binding treaties from the U.S. and NATO, agreeing to no further eastward expansion of NATO, including a prohibition on placing sophisticated weapons and ABM systems in Ukraine. 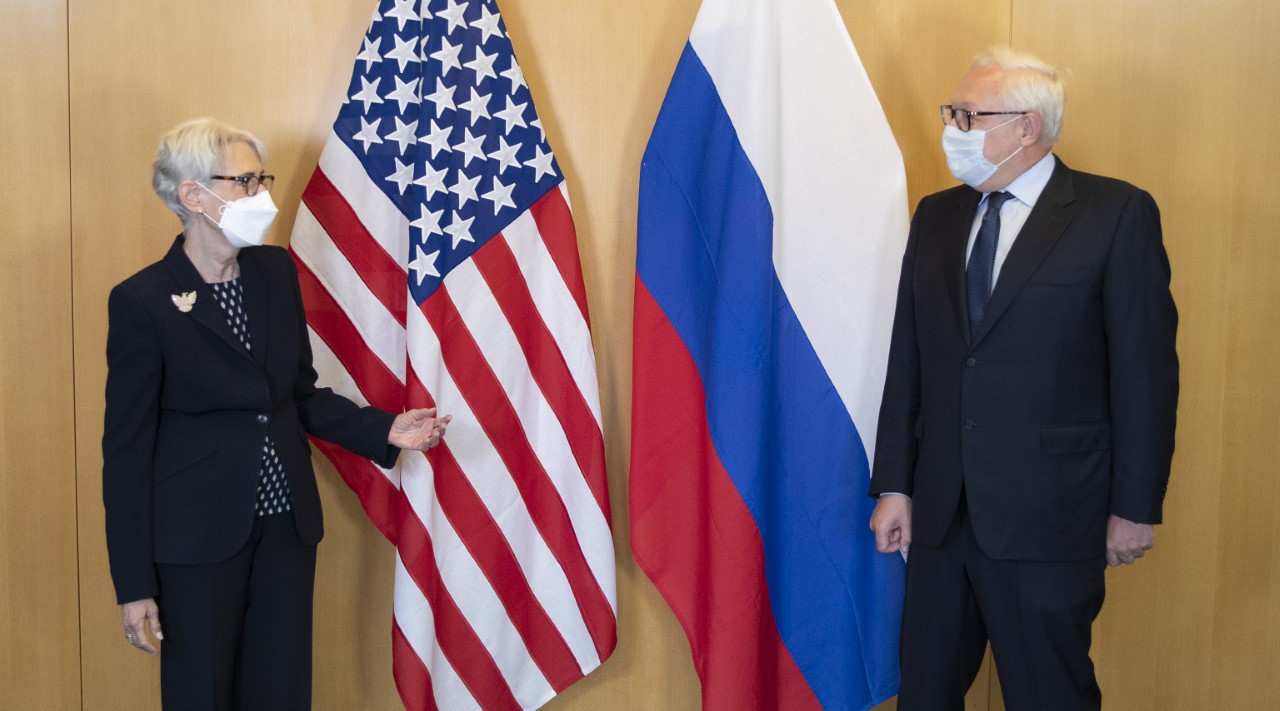 Helga Zepp-LaRouche's description that we are "sitting on a powder keg" regarding relations between the U.S. and Russia was confirmed following the conclusion of talks Wednesday.  A Russian spokesman said there is no "unifying, positive agenda" between Russia and NATO, as the West is choosing a Cold War containment strategy.  A sudden outbreak of war is increasingly possible, as long as relations are defined by the imperatives of imperial geopolitics, i.e., divide the world into competing blocs, with the unipolar power of the U.S./NATO dictating terms.  One flank, where cooperation is possible, is collaboration to rebuild Afghanistan.  Join us, Jan. 17, at 11 AM EST, for our online seminar "To Stop the Murder in Afghanistan" (register here: https://schillerinstitute.nationbuilder.com/20220117-conference).

Posted by Asuka Burke · January 12, 2022 9:41 AM
Has there been any progress in the ongoing talks between U.S. and Russian reps?  The best that can be said is that it's good they are talking, but statements issued by them show that the Russians have not received the agreement they are seeking, as the U.S. continues to insist it will not accept Russian "red lines" on NATO expansion and arms to Ukraine.  Meanwhile, the attempt at a "Color Revolution" coup in Kazakhstan has been thwarted by decisive action by the CSTO allies of the nation.  "Russia will not allow a 'Color Revolution'", Putin stated yesterday, after revealing that "Maidan technologies" -- a reference to the methods used in the 2014 coup in Ukraine -- had been employed in Kazakhstan.
4 reactions Share