U.S.officials and their British allies used the NATO Foreign Ministers meeting in Latvia to whip up war-time hysteria against Russia, relying on a fabricated narrative of a Russian military buildup in Ukraine to issue threats.  Repeated bleating about "violations of the Rules-Based Order" may sound sweet to members of the Military-Industrial Complex, and resonate with Ukraine's corrupt oligarchs, but only serve to convince Russian leaders that they need to be prepared to defend their nation.  Putin asked for a written agreement of promises made in 1990 of no eastward expansion of NATO.  Chatham House lies that it is a "myth" that such promises were made, despite documentary evidence confirming the pledge.  Will we allow them to lie us into a devastating World War III?

The Usual Suspects Are Behind the NATO Mobilization Targeting Russia

Amidst talk of a person-to-person summit between Presidents Biden and Putin in early 2022, U.S. officials are unleashing wild charges that Russia may invade Ukraine in January or February.  The prospect of a summit was raised during a visit to Moscow by CIA Director William Burns.  At the same time, U.S. spokesmen are calling on NATO allies to build up forces on Russia's borders to "deter" Putin, and the U.S. committed to NATO expansion to include Georgia and Ukraine as members in the near term, at a meeting in Latvia.  Who benefits from the schizophrenic quality of U.S. policy, when cooperation from the two nuclear superpowers is more urgent than ever?

Posted by Asuka Burke · November 30, 2021 8:21 AM
Former U.S. Surgeon General Dr. Jocelyn Elders has drafted an open letter to virologists, medical professionals and those in the front lines of the battle to save lives, to join in an "international, coordinated and integrated educational campaign to establish a sane approach" to address the continuing threat from COVID 19 and the potential of future pandemics.  The politicization of the disease has stoked panic and hysteria, heightening polarization, which has undermined adopting a competent approach to public health.  The takedown of the health care system in the industrialized world -- typified by privatization and disastrous legislation such as Obama-care -- left nations unprepared to deal with a pandemic.  Dr. Elders' statement can be found at the link below; Read it, discuss it, and join us in circulating it.
Open Letter to Virologists and Medical Experts Around the World to Address the COVID-19 Pandemic | The Schiller Institute
1 reaction Share

With the deepening daily of profound crises involving pandemic disease, hyperinflation and a lunatic attack on efficient energy production, why are the Trans-Atlantic War Hawks acting to starve Afghan children, and provoke Kiev to launch an offensive against the ethnic Russian region of eastern Ukraine?  At a time when cooperation, to enact policies for mutual benefit, is most urgent, the western unilateralists are again showing their murderous face.  The failure to remove power from the hands of the Military Industrial Complex is an existential threat to us all. 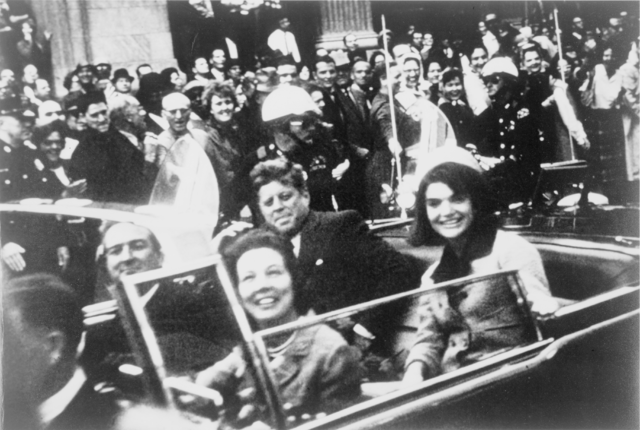 Friday Questions: How Does the Trans-Atlantic Oligarchy Believe It Can Remain in Control?

In the face of growing global discontent, the globalist, corporatist oligarchy is plowing ahead, convinced that the opposition to its policies will soon peak, become tired, depressed, and disengaged, and ultimately submit to the deadly intent behind their arbitrary "Rules-Based Order". There is an unbroken continuity behind the policies they have imposed since they murdered President Kennedy and covered it up, which is leading to systemic economic and social collapse, and new wars -- while their destruction of education and imposition of brutal cultural "norms", such as "identity politics", keeps us divided. The Schiller Institute has launched new initiatives to counter this "new normal". Join us to restore the best traditions of the American System and classical culture.

Join Us to Defeat the Global Oligarchy's Anti-Human Agenda

Posted by Asuka Burke · November 24, 2021 8:48 AM
As it is becoming more obvious that those running the governments in the Trans-Atlantic region are committed to imposing a deadly Malthusian population reduction, using a banker's dictatorship and war as their chief tools to implement it, the Schiller Institute has set in motion an organizing process to defeat them.  This is not a timeless matter.  With many of their initiatives running into growing opposition -- for example, the FLOP26 fiasco -- war is becoming more likely, with a dangerous escalation aimed at Russia.  For more information on our initiatives, go to the schillerinstitute.com.
1 reaction Share

In an Era of Shortages, There Is No Shortage of Hypocrisy

The Schiller Institute (SI) has posted on its website a 30-minute video, "Afghanistan: Fulcrum for a New Paradigm".  This summary, from the Nov. 13-4 SI conference, contrasts the proposal of its founder, Helga Zepp-LaRouche, for an "Operation Ibn Sina", to take the lead in a humanitarian effort to save the children of Afghanistan from hunger and lack of a health care system, which results from the refusal of the U.S. to join with other nations to rebuild the country from destruction not caused by the Taliban, but by 40 years of a U.S.-directed war.  Instead of cooperating in economic development, the U.S. is also at the forefront of the Great Reset, to establish a global central banker's dictatorship, and drumming up a new war, this time against Russia and/or China.

For 58 years, the "official" story of the JFK assassination -- that he was killed by a "lone assassin", Lee Harvey Oswald -- has been protected, along with the actual perpetrators, by classification of key documents, and a blizzard of lies from government and media. The same is true of Russiagate, and numerous other crimes committed by the intelligence community, on behalf of the global financial oligarchy which deploys them. President Trump promised full declassification, but did not achieve it. Now, Joe Biden has postponed release of the remaining JFK docs until December 2022. Today, DNI Haines is presenting new docs to NATO which purportedly show Russia is preparing to invade Ukraine! The veil of secrecy must be ripped off, before it is too late!

How to Break People Free from Commonly Accepted Lies

Lyndon LaRouche spent a great deal of effort in addressing the question of how one can free others from accepting "Axiomatically Systemic Falsehoods", which are deliberately propagated to enslave the minds of citizens.  One example of such lies is that military force can defeat terrorism.  As Afghanistan demonstrated, this does not work.  Why not return to the Principle of the Peace of Westphalia, which is to apply the "Golden Rule", as elaborated by Jesus in the Sermon on the Mount, to statecraft?  This ended the Thirty Years War in the 17th century in Europe, but was attacked by the Satanic Tony Blair in his drive for the war against Iraq, which led to a twenty-year war in Southwest Asia.