Providing a modern surface transportation in the U.S. requires a two-phase, sweeping upgrade to the existing, inadequate rail system: First, modernize 26,000 miles of the current core network; secondly, upgrade another 16,000 miles, for a total of 42,000 miles of high-speed, electrified, double-track rail.

This will result in a national grid, including selected magnetically levitated lines, providing passenger and freight transit, which can be integrated with development corridors throughout the Western Hemisphere, and even across to Eurasia, via a long-overdue Bering Strait crossing.

An impossible, tall task? This only seems so, if it’s taken outside the realm of history and reality. In the U.S., nationwide, transcontinental rail began under President Abraham Lincoln, and by 1890 there were five rail corridors crossing from the Atlantic to the Pacific. Today, all the technologies exist to accomplish equivalent feats of engineering. Achieving this mobilization today, requires retooling and vastly expanding the manufacturing sector, creating millions of new high-skilled jobs and the training to go with it, and similar transformations, especially in construction and supply lines.

The geographic concept (see map) is to start with the 90 major existing cities, and upgrade the network of rail that interconnects them. At the same time, map out some 20 new cities, hubs that will arise from rail service that will criss-cross parts of the “empty” zones for the first time. 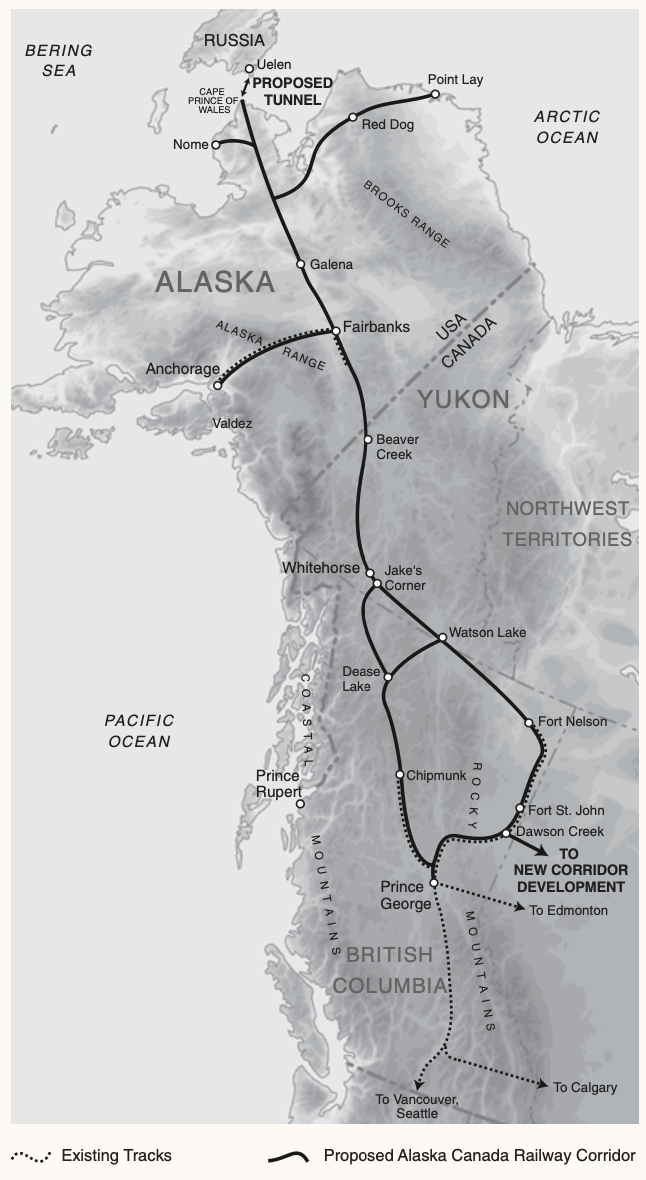 U.S. rail connectivity peaked in the 1920s, as measured by the extent of route miles actively in use. Since then, there has been a steady decline, to the point of today’s near dysfunction. Barely one percent of the system is electrified. The locomotives are 99% diesel-electric, which means they have to drag along their own fuel. Freight trains move, on average, slower than 25 miles per hour. No wonder trucks haul over 75% of U.S. freight. Besides the Northeast Corridor, passenger rail travel is almost non-existent. 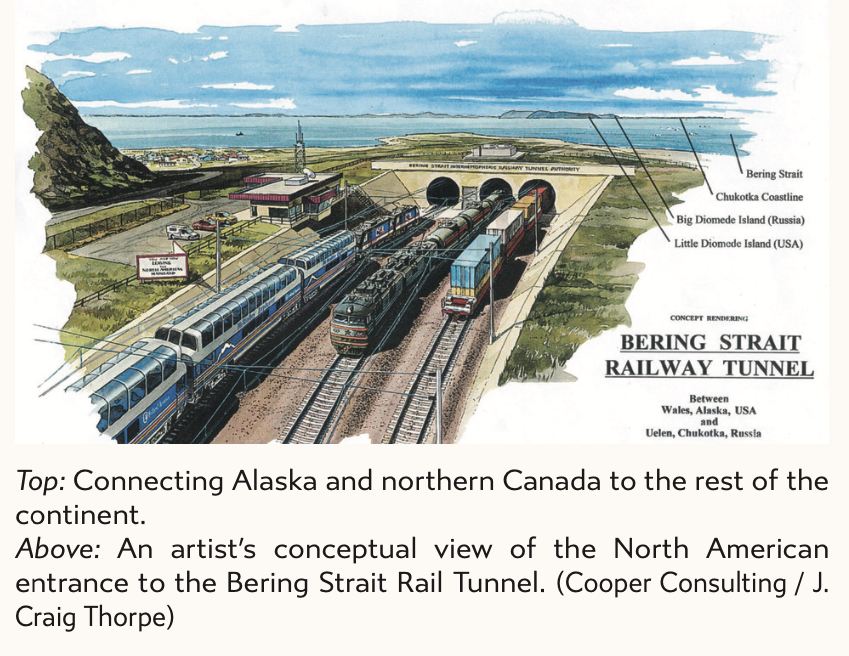 True high-speed rail corridors—at travelling speeds for passengers of 150 mph (250 kph) or greater, and for freight at 90–110 mph (145–175 kph)—and, as soon as possible, magnetically levitated train systems, will transform the entire economy, both from their performance, and in advance, from their construction inputs in terms of demand for bills of materials. The gross volumes of the necessary materials for 42,000 route miles of high-speed, electrified, double-track railway include 15.5 million tons of high-tensile steel and 22 million tons of cement. For electrification, 1,000 sub-stations are needed, and 50 gigawatts of power. Plus, there are inputs needed for 10,000 locomotives. All told, this project will create some 800,000 jobs.

Staggering numbers, but look at what China has done. In 2007, China did not have one single mile of high-speed rail. Today, China has 23,500 miles, and is building still more.

The United States has 34 miles of high speed rail at present. This reflects the industrial devolution over the past 30 years, in which some 90,000 factories of all sizes have shut down. Intervening to reverse this picture, we can look forward to waves of new manufacturing plants, producing everything from steel to nuclear reactors.

The benefits of this rail mobilization extend to spin-off technologies in new areas. For example, consider magnetic levitation trains—appropriate for portions of the U.S. grid and already in service in China—travel in the range of 370 mph (600 kph), without wheels.

Another area of progress is superconducting magnets, which would improve efficiency. Research is underway towards making room-temperature superconductors.

Many local and regional projects stand out in the overall rail mobilization. New York City, for example, is a world metropolis of 22 million people, but its surface transportation system is decayed and inadequate. In 1904, its subway system was a world pacesetter—and still the world’s largest (by number of stations); but now the system is dangerously outmoded. The challenge of a new system is to combine upgrading interstate freight and passenger service, with modern regional rapid transit.

The continental-scale priority project is the Bering-Strait/Alaska-Canada Rail Connector to the Lower 48 States. There is no rail connection between Alaska, Canada’s northern territories, and the rest of the continent, even though a surface route was laid out in 1942 during World War II under President Franklin Roosevelt. (The route became the Al-Can Highway.)

In addition to building this rail connector, there is the Bering Strait to cross, to connect to Eurasia. The 53 mile (85 km) gap between Alaska and Russia can be closed by a tunnel system under the Strait. Then on the U.S. side, the full connector line will involve 3,000 miles (4,800 km) of railway—double that for double-tracking, and on the Russian side, some 1,865 miles (3,000 km) to connect to the main grid, which Russia is already expanding. (See “Infrastructure Corridors Will Transform Economy,” by R. Freeman and H.B.H. Cooper, EIR, 2007.)

Picture this new, international connector as a development corridor, extending out 50 miles (80 km) on either side of the railway, and including power lines, water, communications and any utilities for all or part of the length, and a new frontier opens up. Picture new cities, industry, research and culture centers, and far north agriculture, with controlled environment production.

Thus, launching a rail Renaissance, means a whole new vision of the United States and North America. This hemisphere becomes part of the World Land-Bridge. At present, the continent is dramatically underpopulated. North America has only 20 people per square kilometer, compared to the 110 in the European Union.