On Schiller’s Birthday, We Insist: Mankind Must Be the Immortal Species!

“Every person, indeed, expects from the arts of imagination a certain liberation from the bounds of the real world…. True art, however, does not aim merely at a temporary play; it intends not to transpose a person into a merely momentary dream of freedom, but to make him really and in fact free, and to accomplish this by awakening in him a force, exercising it and developing it, to thrust the sensuous world, which otherwise only presses upon us as crude material, bearing down upon us as a blind power, into an objective distance, to transpose it into a free work of our mind, and to achieve mastery over the material with ideas.” —On the Employment of the Chorus in Tragedy

With the announcements that France intends to build a new nuclear power plant for the first time in decades, and that Netherlands and Sweden have now joined the ten (now twelve)-nation European “nuclear club,” the Erineyes are coming home to roost at the ever-decomposing COP 26 “cluster-flub.” Of Glasgow, we can paraphrase Sir Winston Churchill: “Rarely have so many said so much about so little.” Ridicule about Flop 26 has blossomed in the world of social media, with multiple lists of failed climate predictions appearing in several versions and satires.

What will be the fate of the Glasgow silly season, that calls for $130 trillion in expenditures for a problem that does not exist? Remember Paul “Population Bomb” Ehrlich’s infamous August 1969 forecast, reported in the New York Times? “The trouble with almost all environmental problems is that by the time we have enough evidence to convince people, you’re dead. We must realize that unless we are extremely lucky, everybody will disappear in a cloud of blue steam in 20 years.”

We did not disappear in 1989, but the Berlin Wall did, on November 9 of that year. It was an event beyond the imagination of nearly all, especially the Malthusians. It seemed, even as it happened, to be impossible, except to one statesman, who had “visualized the complex domain” of world strategy. Lyndon LaRouche’s October 12, 1988 Kempinski Hotel speech indicated the necessity for a unified US/Soviet Union “committee of coincidence of opposites” approach to the then-strategic crisis of the Soviet Union’s and the Warsaw Pact’s inadequate food supplies. The reunification of Germany was posed in the context of a joint, multinational project for peace—Food For Peace—pivoted around a project for the advanced industrialization of Poland:

“Let us say that the United States and Western Europe will cooperate to accomplish the successful rebuilding of the economy of Poland. There will be no interference in the political system of government, but only a kind of Marshall Plan aid to rebuild Poland’s industry and agriculture. If Germany agrees to this, let a process aimed at the reunification of the economies of Germany begin, and let this be the punctum saliens for Western cooperation in assisting the rebuilding of the economy of Poland. We, in the United States and Germany, should say to the Soviet bloc, let us show what we can do for the peoples of Eastern Europe, by this test, which costs you really nothing. Then, you judge by the results, whether this is a lesson you wish to try in other cases…. The state of the world as we have known it during the postwar period is ended. The only question is, whether the new era will be better or worse than the era we are in now.”

The only question today is, as it was then, what it to be done to change the tragic course of current history, a “current history” whose cause the poet Dante Alighieri described over 700 years ago:

“But turn your eyes to the valley; there we shall find the river of boiling blood in which are steeped

all who struck down their fellow men." Oh blind!

which spurs us so in the short mortal life

and steeps us so through all eternity!!

A relative handful of individuals, assembled as patriots and world-citizens, unafraid to recognize the greatness of the contributions of all cultures to all others, and prepared to challenge all false ideological constraints in favor of extending technological progress to every sector of the planet, now has the ability to wrest control from the failed “armies of the night.” Even at the “silly summit,” on its sidelines, the application of nuclear power to the world energy grid is finding inevitable momentum, albeit through the false “saving carbon emissions” distortion.

As we go into the final days of organizing for the conference, “All Moral Resources of Humanity Have to be Called Up: Mankind Must Be An Immortal Species!” let us note that, whether in Afghanistan, with Operation Ibn Sina, or Haiti, with our development program, or with the World Health Platform to overcome the pandemic, the Schiller Institute, as an anti-Malthusian resistance, must sound the morally certain trumpet.

“It is not true, as one usually hears the claim made, that the audience degrades art; the artist degrades the audience, and at all times when art degenerated, it fell because of the artists,” Schiller tells us. We must create a new, optimistic cultural force in the trans-Atlantic world, by upholding the standard of truth, not popular opinion. For example, when it is pointed out that 1.1 billion people in sub-Saharan Africa have the same energy-generating capacity as the 83 million people of Germany, we should point out that Germany is energy poor, because it destroyed 11 of its 17 nuclear power plants. Africa’s energy needs will be met, only if there is a full recommitment of the world, especially Germany and other once-advanced nations, to an “Apollo Project-style” gear-up of the industries of all nations to fill the worldwide energy gap. This means the immediate construction of hundreds of nuclear power plants (perhaps a thousand or more with the SMR designs) over the next 10-20 years.

Tragedy is not the natural condition of humanity. COP 26’s parade of circus acts could not pass muster. We are free to make the same “species-type” of miracle that occurred on November 9, 1989, but only by using the method of physical economy taught by Lyndon LaRouche, the man who saw the way to unify nations, and to do it without war, for the benefit of all people. 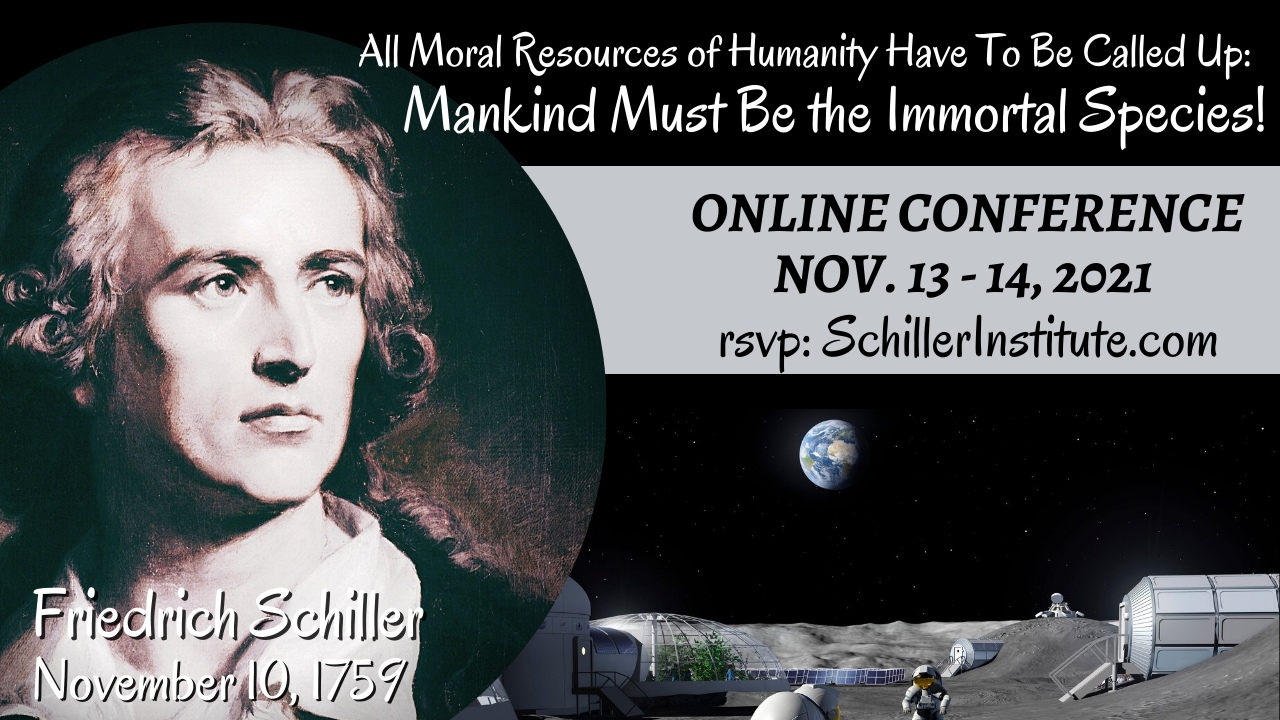