Our Mission in Space: What Is a Crash Program?

During his 1988 run for the U.S. presidency, Lyndon LaRouche proposed a forty-year project of developing a science city on Mars—a “colony” rather than a “base.” The step-by-step work necessary to achieve the capability of building Earth-like artificial domes on Mars would itself be a driver for developments in nuclear fusion, lasers, biology, and computing.

“The Mars-colonization mission is not only feasible, both technologically and economically,” LaRouche argued in his 1986 article “The Science and Technology Needed to Colonize Mars.”

“It is urgent that we undertake this project, both for scientific reasons, and also for economic reasons. There are certain classes of technical and economic problems now developing on Earth, which we shall not solve on Earth without help from some of the scientific and economic byproducts of a Mars-colonization project.”

The project, necessary for affirming our true human nature, our highest self interest, through the good deeds of expanding humanity’s scientific horizons, economic standing, and self-conception, expressed a policy that was at its heart an expression of human love.

LaRouche’s proposal built on President Kennedy’s call for what became the Apollo lunar program in a 1961 speech Kennedy made to Congress:

I believe that this nation should commit itself to achieving the goal, before this decade is out, of landing a man on the moon and returning him safely to the earth. No single space project in this period will be more impressive to mankind, or more important for the long-range exploration of space; and none will be so difficult or expensive to accomplish.

Kennedy’s goal was achieved on July 20, 1969. Culturally, the world was in inspired awe as it witnessed video of human beings walking on our celestial neighbor. If man could walk on the moon, what couldn’t we accomplish?

Economically, the effects were enormous. The Apollo moon mission had racked up expenses of over $250 billion in today’s dollars. But, properly conceived, going to the Moon cost the U.S. far less than nothing: for every $1 spent on that ambitious (and successful!) goal, the economy as a whole reaped more than $10 in benefits over the following decade. This was because the technological innovations and advancements in manufacturing required to achieve the lunar mission went on to improve the productive economy more broadly. 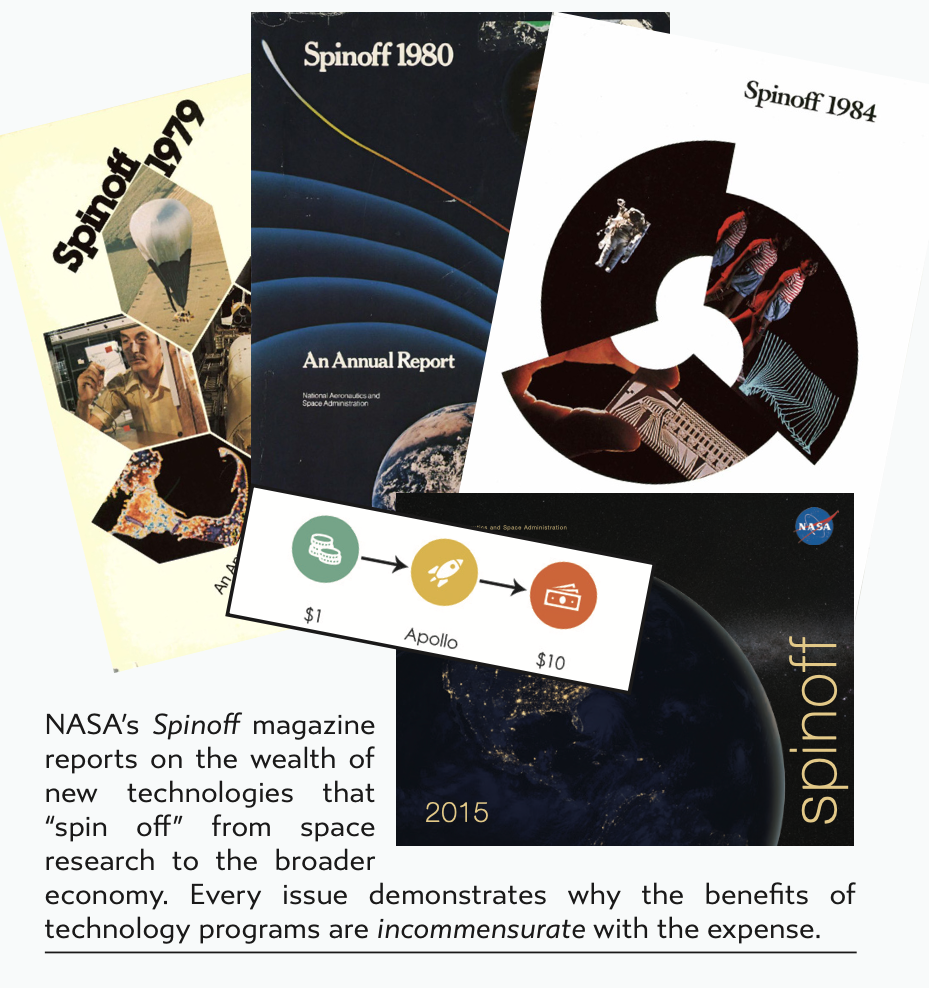 And that ten-to-one payback does not fully capture the true economic value created by the program. Although the costs were incurred once, the benefits in science and technology continue to improve our world decades later. Unlike financial profits, the value created by such a technological crash-program is incommensurable with its cost: it allows us to create new materials and use new production techniques that were previously not available at any price.

In a 1984 article on US-USSR collaboration, LaRouche explained how this works:

Advances in technology are transmitted into the productive process as a whole through the incorporation of improved technologies in capital goods, most emphatically capital goods of the machine-tool or analogous classifications. Therefore, the only means by which a national economy can sustain significant rates of technological progress, is by placing emphasis upon the capital-goods sector of production, and maintaining sufficiently high rates of turnover in that sector to foster high rates of technological innovation in the goods produced.

To be successful, an economic crash program must accelerate the development and adoption throughout the economy of new technologies that increase the productive powers of the labor force and the effectiveness of the economy’s infrastructure platform. Apollo did that. Jeff Bezos has not.

Capital goods for the aerospace industry leapt by 90% for the 1960s over the levels of the 1950s. But capital goods for the general economy (excluding aerospace and defense) soared by even more: 130%. The benefits spread far and wide, providing a decades-long boost to uplifting U.S. productivity.

Advocates of the Green New Deal claim it too is a crash program, some going so far as to liken it to a modern-day Apollo mission. But while the Apollo mission increased productivity, the Green New Deal would do precisely the opposite: making the economy less productive by reducing the quality of power and the reliability of its infrastructure. Even more fundamentally, it encourages a view of humanity in which people are a blight on the planet, rather than a unique species, destined to find its future in the stars. LaRouche addressed this perspective in December 2009, speaking at a Moscow conference:

In order to realize the objectives which stand before us now, we have to give mankind a new mission—mankind as a whole. The mission is typified by the idea of the Mars colonization program. This requires us to make the kinds of changes, in terms of scientific progress, which are needed for mankind’s future existence.

We have many problems on this planet. And we can not solve those problems, extensively, without going into a development of the Solar System as a habitat of mankind. We’re on the edge of doing that, scientifically. There are many scientific discoveries, yet to be made, which will make it possible to act for man’s colonization of Mars. That will be in some time to come. But what we need now is the intention of accomplishing the Mars colonization program. We need to educate and develop generations of young people who will be oriented to that kind of mission. In the coming period, we will have the birth of young people who will be part of the colonization of Mars, in one way or the other, before this century is out.

We need to give mankind a sense of purpose, developmental purpose, not only throughout the planet, but through the influence of Earth on the adjoining regions of the Solar System, and beyond.

Those objectives are feasible. There are, admittedly, many problems to be solved, scientific problems, which are not yet resolved. We have many questions. But, essentially, we know this is feasible. We know this should be feasible within two or three generations. What we have to do, is give to people, who will be the grandchildren, born now, to give them something to realize. When we’re dead and gone, they will be there, three generations from now, four generations from now. They will be the people who actually colonize areas beyond Earth itself. We need to give them the opportunity to do so. We need to give society, in the meantime, the mission-orientation of achieving that colonization, for our descendants, three generations or so down the line. 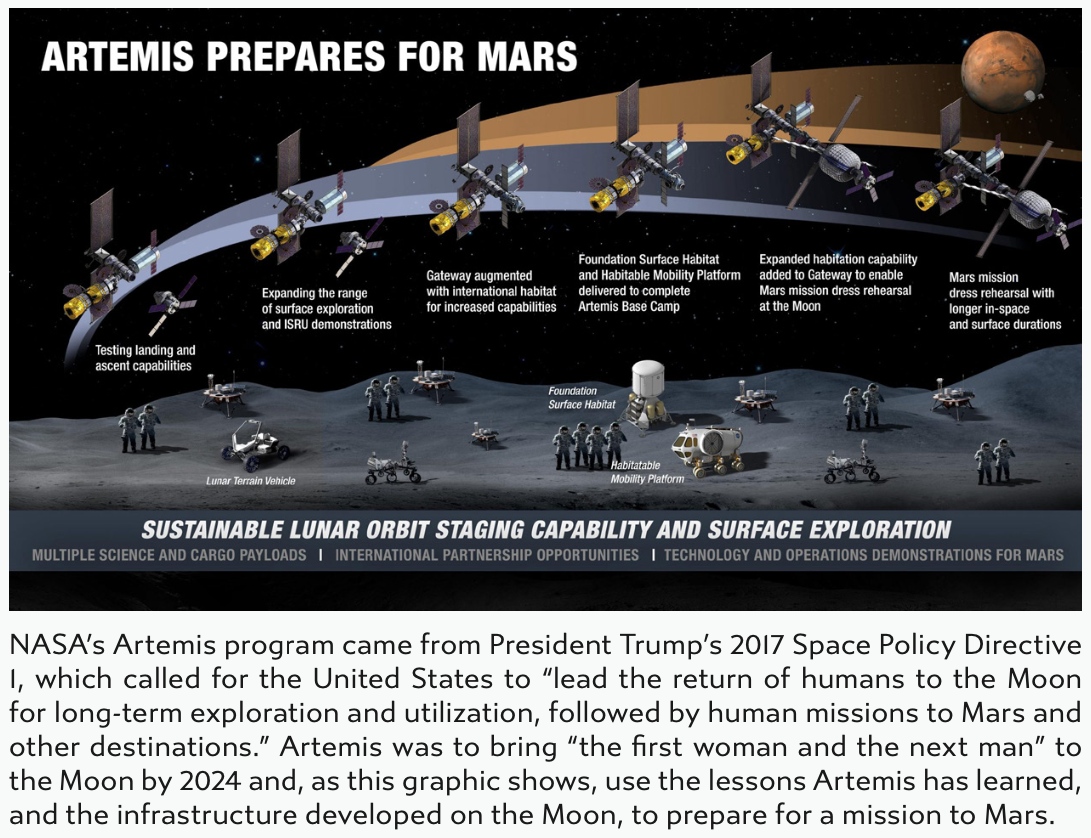