A mounting number of nations around the world, representing a majority of the world’s population, have smelled the rat coming out of the COP26 effort to shut down the use of fossil fuels, especially coal, and are publicly refusing to accept the genocidal demands of the Green New Deal. We here present the statements by several governments, heads of state, and prominent individuals who have asserted that the development and the well-being of their people comes first. Thus far, these courageous rejections of permanent poverty and depopulation have not taken the next crucial step—to deny the validity of the fake science that claims carbon emissions threaten a climate crisis.

The Earth’s climate has never been static, and even after reaching the carbon-neutral goals by 2050, humanity will still face climate changes. The development of new materials is no longer an energy issue, but a much more serious issue of changing the structure of the economy. Despite the variety of plans to reach carbon neutrality, the energy transition will remain a pipedream without developing new technologies and materials. Even in the long-term, renewable energy will not be able to completely replace traditional energy resources….

This year has clearly shown that wrong decisions in the field of climate policy can lead to serious negative consequences for the entire global economy and society….

Pressure from climate activists stops the implementation of joint projects with international companies, which forces majors to cut investments in oil and gas production, redirecting funds to renewable energy. It is the climate agenda that is now putting pressure on the global oil and gas market.

Luis Arce — President of Bolivia
Speaking at the COP26 event:

Developed countries are promoting a new world recolonization process that we can call the “new carbon colonialism,” because they are trying to impose their own rules of the game in the climate negotiations to continue feeding the new green capitalist system, while pushing developing nations to accept these rules of the game without any other options. 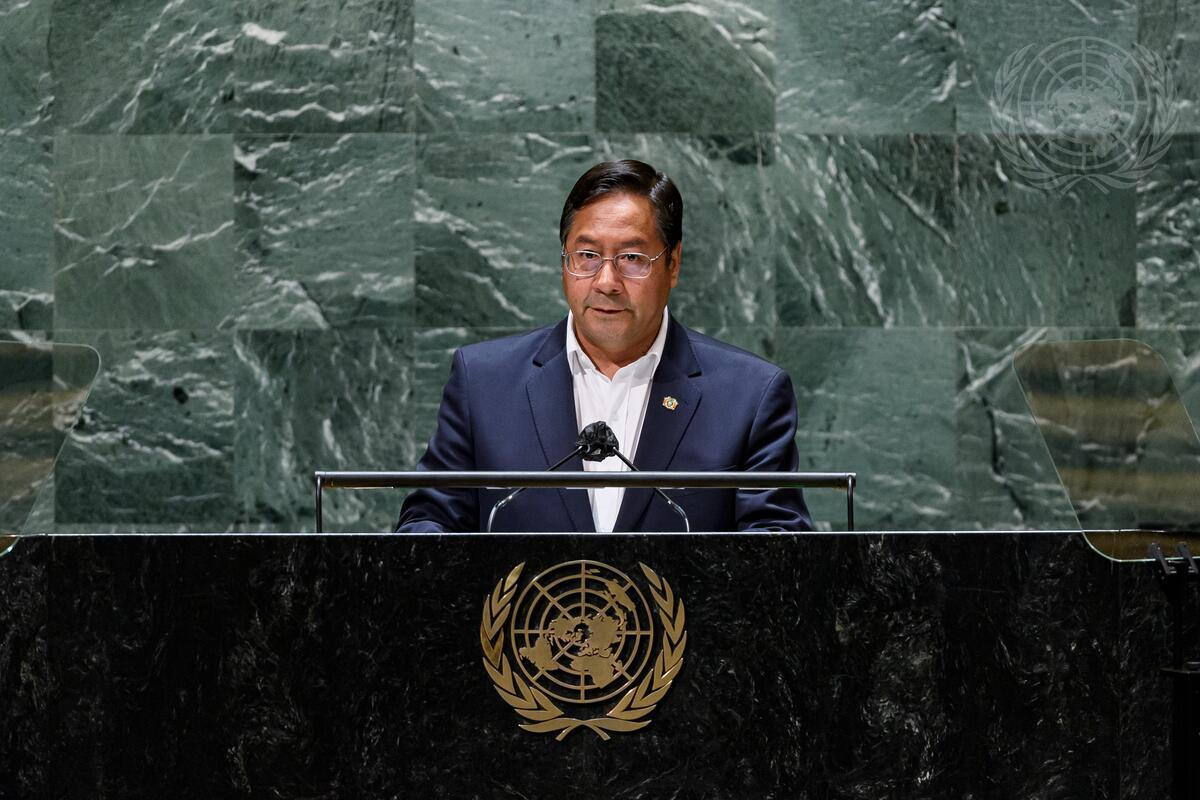 Energy security should be the premise on which a modern energy system is built and the capacity for energy self-supply should be enhanced.…

Given the predominant place of coal in the country’s energy and resource endowment, it is important to optimize the layout for the coal production capacity, build advanced coal-fired power plants as appropriate in line with development needs, and continue to phase out outdated coal plants in an orderly fashion. Domestic oil and gas exploration will be intensified.

Narendra Modi — Prime Minister of India
Although Prime Minister Modi was the only one among the BRICS leaders (Brazil-Russia-India-China-South Africa) to attend COP26—Jair Bolsonaro, Vladimir Putin, Xi Jinping, and Cyril Ramaphosa all stayed home—he was far from a willing victim of the COP26 dictates. Modi, with backing from several other countries, refused to sign the G20 final communiqué with wording that asserted that all countries were committed to net zero carbon emissions by 2050. The green governments were thus forced to change the wording to achieving net zero “by or about the middle of the century.” In his COP26 speech, Modi said that India would reach net zero only in 2070. This is ten years later than China, which was the first major country to reject the 2050 target date, saying 2060 instead.
Modi insisted that India will actually increase the use of coal for power generation until at least 2040. India is the world’s second-largest producer and consumer of coal after China; 70% of its power generation comes from coal.
Modi also insisted that the money the advanced nations give to the developing nations (if it is ever to arrive) must not be used for “mitigation” — to reduce carbon emissions — but for “adaptation,” to counter the harm supposedly caused by global warming. Calling the emphasis on mitigation an “injustice towards the developing countries that are heavily affected,” he proposed instead that the money be used for providing “Clean Tap Water for All” and “Clean Cooking Fuel For All,” and invited all countries to join the “Coalition for Disaster Resilient Infrastructure.” 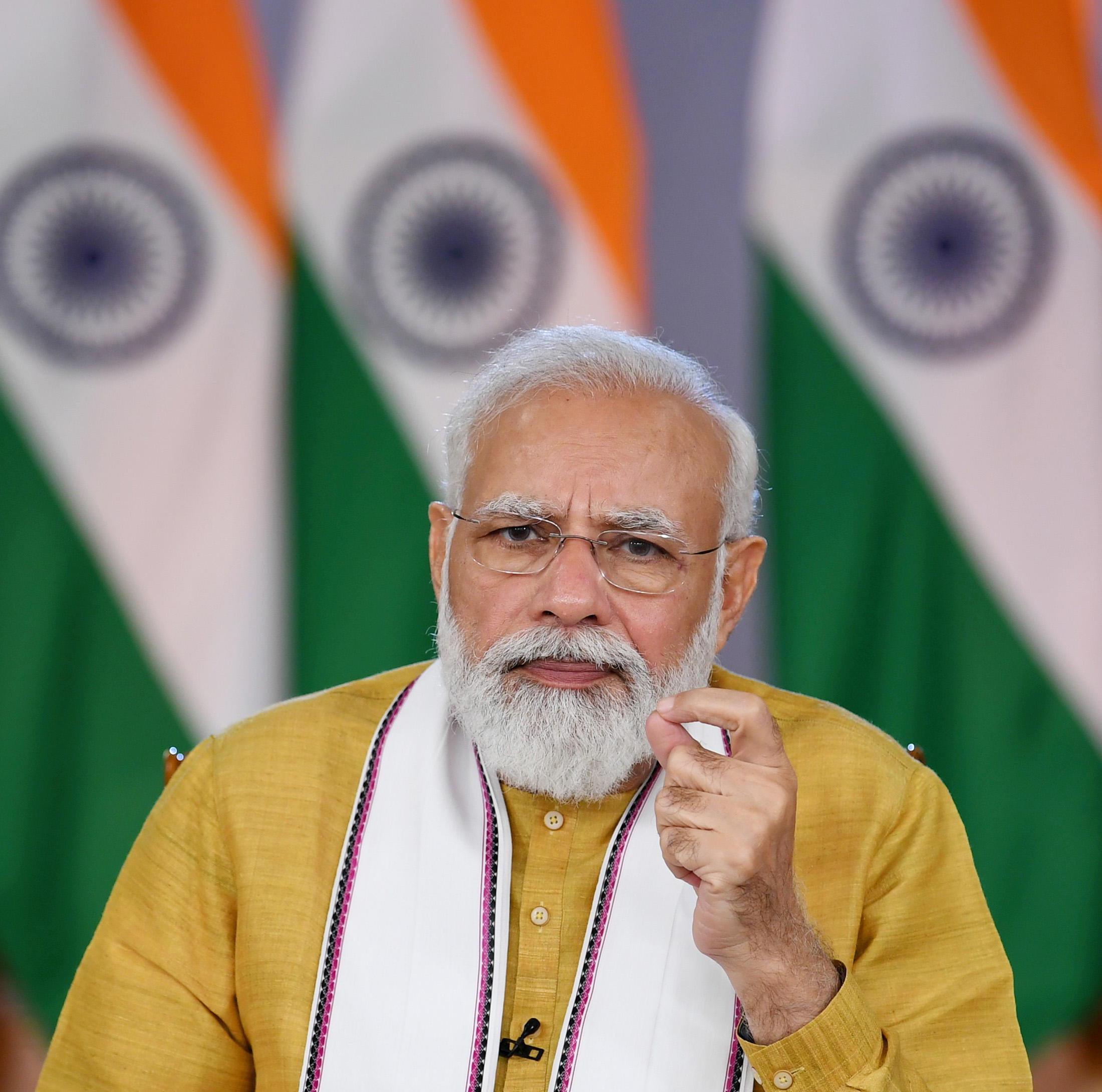 Siti Nurbaya Bakar — Environment Minister, Indonesia
Indonesia was one of 100 countries reported by COP26 officials to have signed on to an agreement to end all deforestation by 2030. However, on November 4, Minister Siti, who attended COP26, said that trying to “force Indonesia to zero deforestation in 2030 is clearly inappropriate and unfair.” She said the COP process will not be allowed to halt economic growth. “The massive development of President Jokowi’s era must not stop in the name of carbon emissions or in the name of deforestation.” Some forests must be cut down, she said, to build new roads and to develop food crops.


Muhammadu Buhari — President of Nigeria
In a November 1 Newsweek op-ed titled, “The Climate Crisis Will Not Be Fixed by Causing an Energy Crisis in Africa”:

Dire warnings of the end of the world are as old as civilization itself. But each year as the countdown to United Nations Climate Change Conference (COP) begins, they grow in volume and intensity. Recently, senior United Nations officials raised the alarm of `world conflict and chaos’ and mass migrations and institutional collapse should greenhouse gas emissions remain unchecked for much longer….</blockquote>
I<blockquote>t is an inconvenient truth, but energy solutions proposed by those most eager to address the climate crisis are fuel for the instability of which they warn. No more clearly can this be seen than in Africa. For today’s 1.3 billion Africans, access to low-cost and reliable energy is the highest of all possible concerns….

Without extra and stable power, we cannot build the factories that will transform Africa from a low-job, extractives-led economy to a high employment middle-income continent. Children cannot learn for longer and better by battery light any more than by candlelight. No more than the Africa of today, the Africa of tomorrow cannot advance using energy production that intermittently delivers….

Wind and solar, the most fashionable of modern energy technologies, are flawed by their reliance on back-up diesel generators or batteries for when there is no wind for the turbines or sun for the panels.

Buhari called on the West to “lift the moratorium they have placed on fossil fuel investments in Africa.” He also promoted nuclear power, which will provide “constant electricity production on which sustained economic progress can be built.” 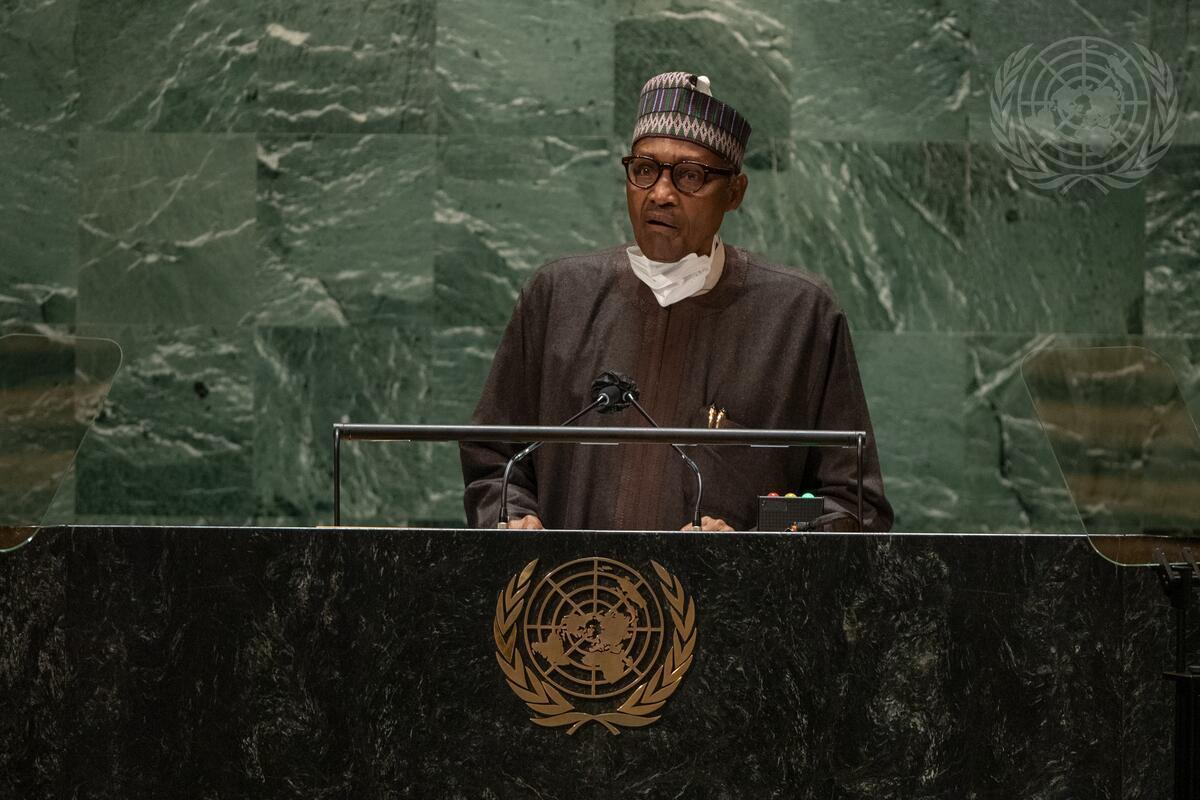 We need to pace ourselves... and not be pressured to meet certain deadlines by a certain time if we are not at the same level of development…. “Look at Germany backtracking, coming back to coal because of the energy crisis they face. Look at China switching on their coal-fired power stations.

All we have to do is invest in clean coal ... coal is going to be with us. We can’t say we can switch off overnight from coal to clean fuels without maintaining the baseload. You can never have baseload from renewables, otherwise the consequences are quite dire on the economy…. It’s easy to say we want to go 100% clean, because if we do that, we will all breathe clean air, but in darkness - which is not good for our economy, which is not good for health, which is not good for economic growth and job creation.

Ngcwabe also slammed banks and others who refuse to fund new coal projects. “It is what I call financial bullying that funding institutions are saying that if you come to me with a coal project I will not fund it.”

Gwede Mantashe — South African Minister of Resources and Energy
Speaking at the African Energy Week conference in Cape Town on November 9, Mantashe said of the demands to curtain fossil fuels: “This is a sign of unsettlement by the rich countries, where we are converted into conduits of ideas of developed economies. Our continent collectively, and her individual countries is made to bear the brunt for heavy polluters. We are being pressured, even compelled, to move away from all forms of fossil fuels, including resources such as gas, which have been regarded as key resources for industrialization … I think Africa must get together to develop a strategy to deal with this reality. Africa must seize the moment, we must indeed position Africa oil and gas at the forefront of global energy growth.”
He insisted that Africa must not be “coerced to take missteps” adding that the demands were “hollow.” “We’ve noticed with interest that when Britain, when China, when India, when Australia ran into energy crises, they all appealed to coal generation to give them more energy. You will notice that, but when they talk to us they say stop using coal immediately. That is the issue that we must discuss without fear.” He called for an Africa-wide financial institution to be established to assure financing for fossil fuels.

Like-Minded Developing Countries (LMDC)
The 24 nations of the LMDC issued this statement October 18 on COP26:

Major developed countries are now pushing to shift the goal posts of the Paris Agreement from what have already been agreed by calling for all countries to adopt Net Zero targets by 2050. This new “goal” which is being advanced runs counter to the Paris Agreement and is anti-equity and against climate justice. Demands for “Net zero” emissions for all countries by 2050 will exacerbate further the existing inequities between developed and developing countries.

On the issue of delivery of climate finance, developed countries agreed in 2010 to mobilize USD100 billion per year by 2020. Regrettably, here too they have fallen short of their agreement.