PETITION: Convoke an International Conference to Establish A New Security and Development Architecture for All Nations 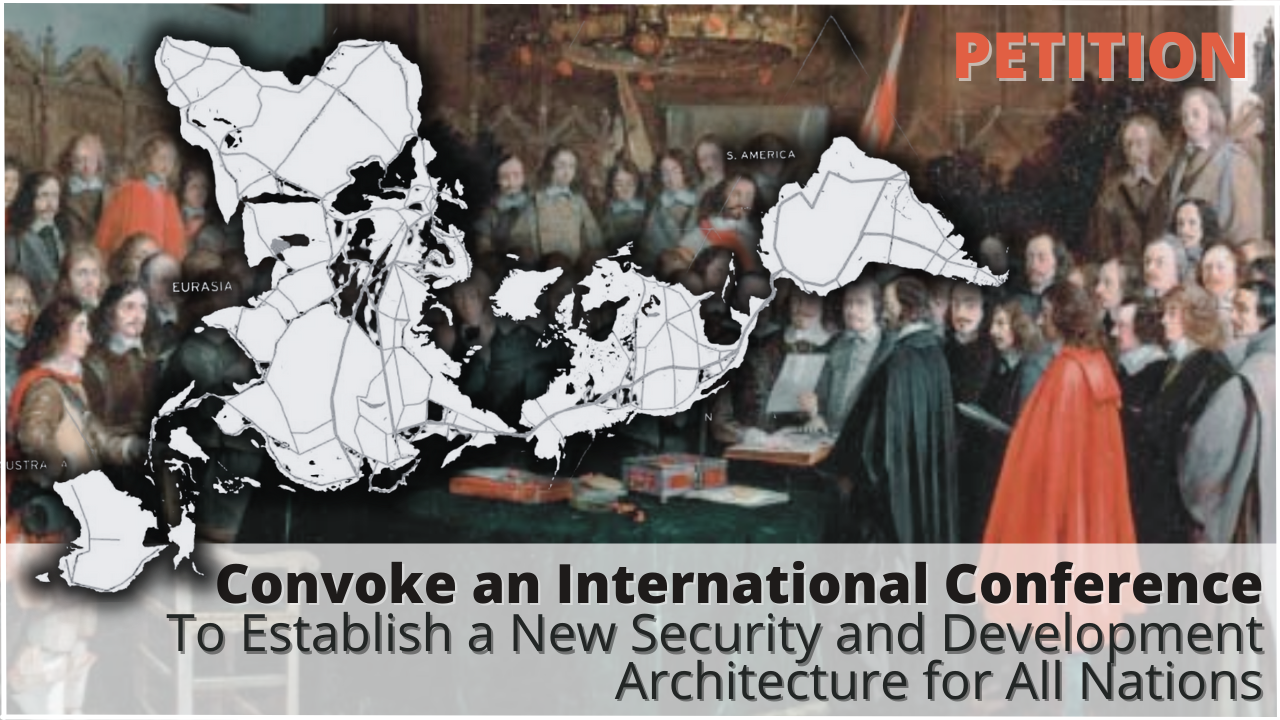 The Schiller Institute is circulating the following petition for circulation worldwide.

In light of the escalating Ukraine crisis, people around the world are urgently asking themselves and their political leaders where this will all end. Is this heading towards a very big, perhaps even thermonuclear, global confrontation? Are we facing a reverse, more dangerous Cuban Missile Crisis? Will Mankind even survive?

Behind this very real danger of war, and the cause of that danger, is the blowout of the entire trans-Atlantic financial system. A nearly $2 quadrillion speculative bubble of derivatives and debt is already blowing apart. A hyperinflationary process has been unleashed globally, with an accompanying collapse of the physical economies of the Western nations. The City of London and Wall Street, the owners of that bankrupt system, are desperate to destroy any functioning alternative to their system — such as Russia and China’s alliance around the Belt and Road Initiative, which now incorporates nearly 150 nations — and the financial Establishment has openly stated that this is what is at stake.

So has Vladimir Putin, who has correctly said that the U.S./U.K./NATO relentless expansion eastward up to Russia’s very borders, is driven by this economic policy, and that it threatens Russia’s national security in ways Russia cannot accept.

Therefore, to stop the drive to war, it is necessary to adopt a more fundamental approach, which is to establish an entirely New Paradigm that will ensure the security, and the economic development, of every nation on the planet. The only recent precedent for this in the West, is the 1648 Treaty of Westphalia, which put an end to 150 years of religious wars in Europe. It was crafted only at the point that all parties realized that, if they continued on their current path, there would be no winners and very few survivors. They chose to create a New Paradigm based on the defense of the interest of the other, and on the premise that the security of all was the first requirement for the security of each party.

That is the key lesson of the Treaty of Westphalia for today. The world today stands at a similar crossroads. If the current geopolitical policies continue, nuclear war becomes a very real possibility — after which there would be no winners, and most probably no survivors.

Instead, an international conference must immediately be convoked along the lines of the Peace of Westphalia. The fundamental interest of all of the parties is to ensure that the central economic and security interests of each are taken care of — in other words, an order based on the benefit of the other, on the common good or the General Welfare, and on an underlying love of all Mankind.

The economic system must also be drastically reshaped to express this outlook. The renowned American economist Lyndon LaRouche specified in great detail how such a system would work, based on what he called his Four Laws:

The Schiller Institute and its founder Helga Zepp-LaRouche issue this call to initiate the urgent international discussion that is needed to convoke such a conference, and stop the so-called “Doomsday Clock” before it strikes midnight. It is time for institutions and individuals from every nation to step forward and join the mobilization for an international conference to establish a new security and development architecture for all nations.