Feb. 22—In a televised address delivered shortly after signing the decrees grant recognition to the Donetsk and Luhansk People’s Republics, Russian President Vladimir Putin effectively charged the US with aiming to break Russia up into pieces. “Ok, you do not want to have a friend and ally like us, but why depicting us as an enemy then? The answer is one. Our political regime or something else does not matter. They simply do not want to see such a large and independent country as Russia,” Putin said, adding that this answered all questions. "This is a source of traditional US policy on the Russian track.

Is Anyone In The West Paying Attention To Putin's "Stern Warning"?

In the days following Russian President Putin's National Address on April 21, which he stated was meant to send a "stern warning" to those out to destabilize Russia, Schiller Institute chairman Helga Zepp LaRouche sounded an alarm. In describing the allegations from both Belorussian and Russian intelligence agencies of the direct involvement of long-time Biden crony Michael Carpenter in a coup plot against Belarus President Lukashenko -- which included a plan to assassinate Lukashenko -- she said, "I find this absolutely incredible, because if this turns out to be the case, we could be closer to World War III than anybody realizes: Because this is exactly the kind of stuff which happens in the forefront of world wars."

By Harley Schlanger
April 23, 2021 -- As tensions increase dramatically due to the targeting of Russia, China and other nations which refuse to submit to the unipolar, "rules-based order" enforced by the U.S., U.K. and NATO, President Putin delivered a "stern warning", in his 17th annual State of the Nation address on April 21. While addressing Russian concerns over the state of the economy, his remarks were pointed regarding the strategic crisis stemming from ongoing geopolitical provocations in Ukraine, against Belarus and elsewhere, even as he reiterated his desire for more cooperation, renewing his call for a summit of the Permanent 5 members of the United Nations Security Council. 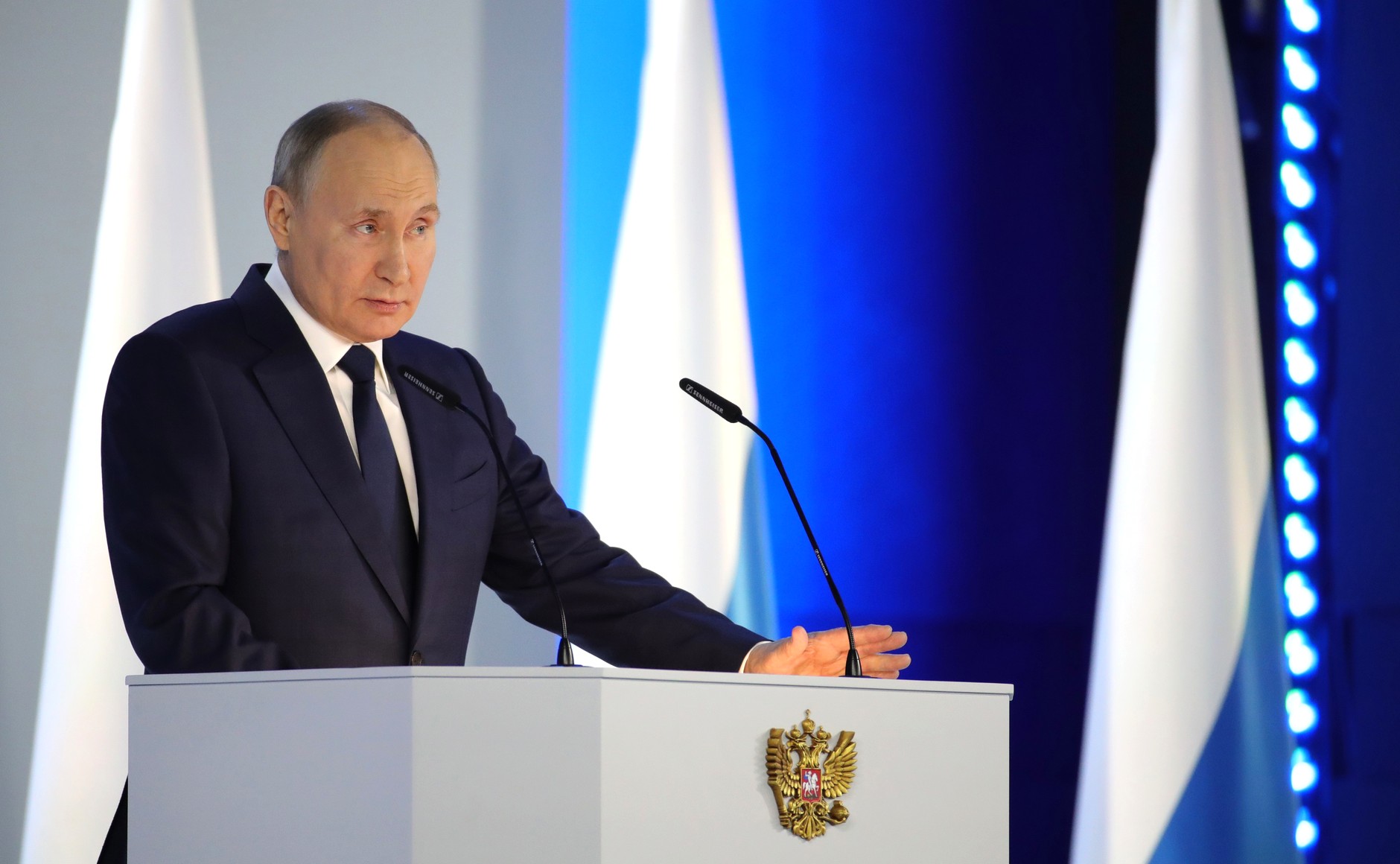 President Putin addressing the "State of the Union" on April 21, 2021 --Source: Kremlin.ru