The Pentagon and Climate Change

It comes as no surprise that one of the first actions of the Biden regime was to reinstate the U.S. commitment to the Paris Climate Accord. The decision by Trump—one of the first actions of his Presidency—to pull the US out of the Paris Climate Accord was one of the central reasons the British establishment concluded that the “special relationship” of strategic, economic and intelligence sharing between the US and UK would not survive a Trump second term.

The issue of anthropogenic climate change has nothing to do with the environment, but has everything to do with the strategic objectives of the British monarchy—to kill as many people as possible who are willing to accept the fraud of the Great Reset agenda, and aim nuclear weapons at those who don’t. The US presidency is central to carrying out the aims of the British monarchy, and the coup directed against Trump over 2016–2020 was essential to those aims.

The House of Lords Select Committee on International Relations published in 2018 a report, UK Foreign Policy in a Shifting World Order, where they laid out that a second term of Donald Trump would not allow the British to attain their strategic objectives that were later outlined in the Great Reset.

From the section, “Disruption and change to the global balance of power” of the report:

The US Administration has taken a number of high-profile unilateral foreign policy decisions that are contrary to the interests of the United Kingdom. In particular, US withdrawal from the Paris Agreement on climate change, the Iran nuclear deal and the UN Human Rights Council, and the imposition of trade tariffs on its allies, undermine efforts to tackle pressing global challenges of critical importance to the UK. 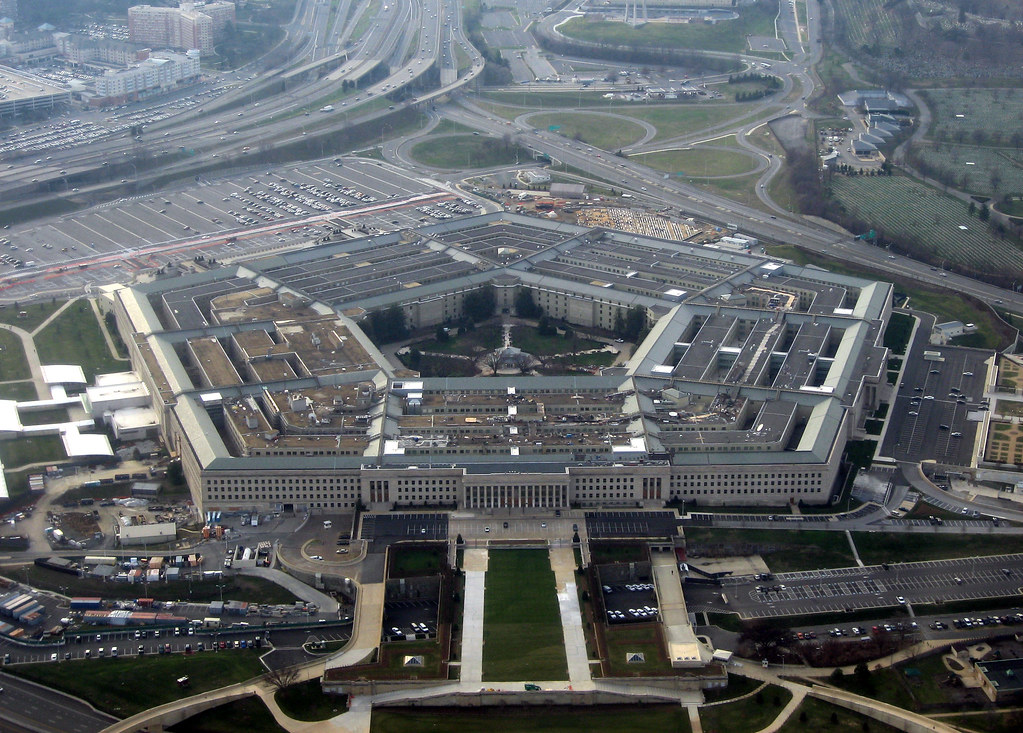 Continuing, the House of Lords report says that the “UK and US are deeply entwined through defence and intelligence links, and connections between officials,” and though they say those ties are strong enough to withstand the actions of Trump and that they are reaching out to “those parts of American society which share our views and values,” they nonetheless go on to conclude:

However, the difficulty the UK and its allies have faced in trying to influence the US demonstrates the challenge of working with the Administration. How damaging this will be to what has hitherto been the UK’s most important international relationship will depend on whether the current approach is an enduring trend. Should President Trump win a second term, or a similar Administration succeed him, the damage to UK–US relations will be longer lasting; and the Government will need to place less reliance on reaching a common US/UK approach to the main issues of the day than has often been the case in the past. [emphasis added]

This report was published at the end of 2018, in the thick of the British-instigated efforts to oust President Trump via allegations of Russia collusion. It should be noted that the British operations around the elections of 2016 and 2020 also targeted the entire political landscape of the United States, including the Democratic Party and any voices that were even remotely critical of perpetual wars or Wall Street bailouts—such as Tulsi Gabbard, or even the severely compromised Bernie Sanders. In the end, the British have installed a mentally deficient figure in the form of Joe Biden, and a creepy Kamala Harris who is increasingly taking over functions for Biden.

The destruction of the U.S. political process is essential for the Great Reset, to have lackeys to do the bidding of the British, since the implications of imposing the anti-growth policies of the Great Reset on nations around the planet through political, economic and military force could lead quickly to World War III.

Climate Change at the Pentagon

On January 27, the Biden White House issued Executive Order 14008, titled “Tackling the Climate Crisis at Home and Abroad,” which puts the non-existent climate crisis at the center of US foreign policy and national security:

It is the policy of my Administration that climate considerations shall be an essential element of United States foreign policy and national security.

The Executive Order directs the Director of National Intelligence to prepare, within 120 days, a National Intelligence Estimate on the national and economic security impacts of climate change. It directs the Secretary of Defense, in coordination with the Commerce Department, NOAA, EPA and other agencies, “to develop and submit to the President, within 120 days of the date of this order, an analysis of the security implications of climate change (Climate Risk Analysis) that can be incorporated into modeling, simulation, war-gaming, and other analyses.”

It also directs the Secretary of Defense, along with the Chairman of the Joint Chiefs of Staff, to

consider the security implications of climate change, including any relevant information from the Climate Risk Analysis … in developing the National Defense Strategy, Defense Planning Guidance, Chairman’s Risk Assessment, and other relevant strategy, planning, and programming documents and processes. Starting in January 2022, the Secretary of Defense and the Chairman of the Joint Chiefs of Staff shall provide an annual update, through the National Security Council, on the progress made in incorporating the security implications of climate change into these documents and processes.

As alarming as syncing US foreign policy and military strategy to the climate change fraud is, the “Whole of Government” approach by Biden’s handlers is even more frightful. The Secretary of Defense will be one of many cabinet members that are part of the newly formed “National Climate Taskforce,” which will have among its various responsibilities the enforcement of “30×30 Conservation”—30% of federal lands and waters taken out of productive use by 2030—i.e., no offshore drilling, no cattle-grazing, no forestry etc.

Biden’s newly appointed Defense Secretary, Lloyd Austin, declared his full support for this madness: “Since 2010, the Department of Defense has acknowledged that the planet’s changing climate has a dramatic effect on our missions, plans, and installations.”

As Austin indicated, the Pentagon has included the issue of climate change in a number of its documents over the last decade, including National Defense Strategy reports. Before he recently passed on to his own version of global warming in Hades, George Shultz, the leading neocon and architect of the last half century of endless warfare, also promoted the climate change agenda from the standpoint of the British geopolitical outlook. In the May/June 2020 issue of the New York Council on Foreign Relations journal Foreign Affairs, Shultz teamed up with fellow former Secretary of State James Baker to push the US in the British direction on climate change, and explicitly attack the Belt and Road from this standpoint. After promoting one of the City of London’s carbon pricing schemes, he demands that the US seize “climate leadership,” by adopting a policy to “encourage US trading partners to raise their standards or penalize them for their polluting ways.” The targets include LaRouche’s Four Powers: “China, Russia and India” (the nations which, along with the US, constitute LaRouche’s Four Powers) which now “operate under lax environmental standards and produce goods in a more carbon-intensive manner,” and who “currently pay no penalty.” Russia, they say, “has flooded the world with cheap oil and gas… and unveiled a new generation of nuclear plants and fuel agreements with developing countries… creating closer geopolitical relationships.” China is “promoting carbon-intensive industrialization in other emerging economies, often powered by new coal plants built through its Belt and Road Initiative.”

On March 3, 2021, U.S. Secretary of State Antony Blinken followed up on Biden’s executive order by echoing the ancient neocon warmonger Shultz, in attacking China and identifying that nation’s power to prevent the Great Reset by offering nations an alternative with the Belt and Road Initiative:

China is the only country with the economic, diplomatic, military, and technological power to seriously challenge the stable and open international system—all the rules, values, and relationships that make the world work the way we want it to.

Biden’s choice to run planning at the Pentagon, Colin Kahl, told the Congress March 4 that the Biden Administration will fully endorse the 2018 National Defense Strategy, which “accurately identifies the strategic competition with China and Russia as the primary challenge animating the global security environment.” Kahl went on to say that “Russian behavior indicates it seeks to undermine and overturn the rules-based international order established during the post World War II period,” accusing Moscow of “blatant disregard for the sovereignty of its neighbors.”

This is essentially what was stated in 2018 by the House of Lords report, where the British say that “The rules-based international order in all its manifestations—which is critical to the UK’s national interest—is under serious threat from multiple directions”:

The policies of major powers—Russia, China and increasingly the United States—present considerable challenges to the multilateral institutions that underpin this order. Yet many of the problems facing states, such as climate change, terrorism and migration, are increasingly complex and trans-national. The Government should make the defence of the rules-based international order a central theme of all its bilateral relationships. This is particularly important in the UK’s engagement with the US, China, Russia and emerging powers such as India.

They later ask, “How should UK foreign policy adapt to the rise of China as a global power, particularly in the light of President Xi’s ambitions for a new era in Chinese influence and China’s extensive ‘one belt, one road’ initiative?”

The British monarchy intends to answer that question with war if need be. The geopolitical doctrine of Halford Mackinder, outlined in his 1904 article “The Geographical Pivot of History,” was used by the British to start the two world wars of the 20th Century. Mackinder was explicit that the railroads of China must not connect to Europe via the Trans-Siberian railroad, nor the other routes of Eurasian integration, such as the Berlin to Baghdad railroad, which represented the new type of development against which World War I was created. Preventing the New Silk Road outlined by Lyndon and Helga Zepp-LaRouche, in the form of China’s Belt and Road Initiative today, could lead to the final world war. We must shut down the British Great Reset to stop it today, and launch a new era of peace through development.

Return to Table of Contents