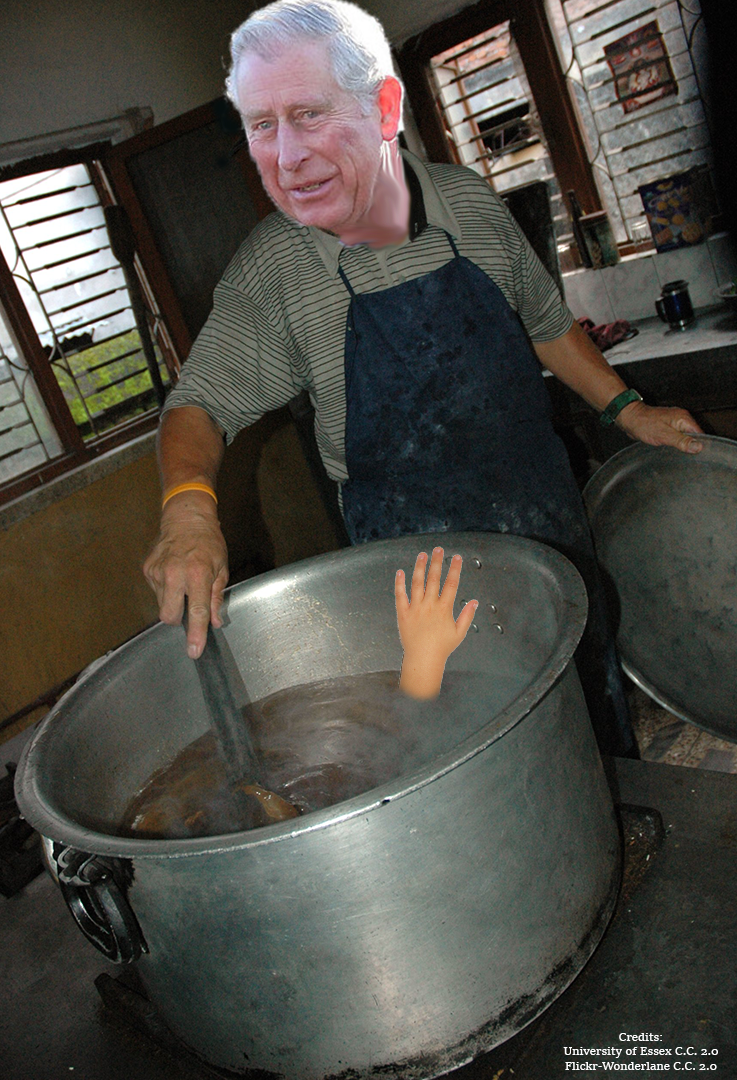 We invite you to the Official 2021 United Nations Climate Change Conference Opening Banquet, or as we like to call it “The Carney Ball.”

We all know that organic, plant-forward, locally sourced, fair market, homemade food is far better for the planet than the high emission, fossil-fueled, industrial, meat-heavy system that is driving climate change. But let us be frank; time is running out, half measures will not get us to the IPCC targets. As Hans Schellnhuber, Commander of the Most Excellent Order of the British Empire has insisted, the only way to successfully reduce our global carbon footprint, is to reduce the total number of global carbon footprinters.

With this in mind, each Carney Ball menu item has been specially selected and guaranteed to cut down our carbon footprint, by at least two soles.

Can’t Make it to Glasgow?

Our international team of chefs and staff (some of whom really threw themselves into the project) are making all the recipes available for free online at SavethePlanetServeMan.com in the hope that you and others will host your own climate-conscious dinner parties. With thousands, perhaps millions of Carney Balls worldwide, we can take a real bite, out of the real problem, using methods which are delicious, even if they are necessary.

Click here for a print version of the menu.

FreeToes crunch on these 10 little piggies

Word Salad A favorite of Joe Biden. Served with vinegar, no oil, of course

Past-a Zero Carbonara Net zero isn’t going to cut it, we’ve got to go for below zero. Have some Italians for dinner.

Chili con Carney made with fresh tomatoes, onions, garlic, spices, frijole negros, and liberales blancos. Crackers on the side.

Peasant Under Glass the meat the elite meet to eat. As long as it’s not Glass-Steagall.

Roast Turk  there’s nothing Minor about this tender Asian contender.

Shepherd Pie   after centuries of environmental abuse and oppression, help the lambs get payback!

Fried Danes for Future Copenhagen has pledged to become the first carbon neutral world capital by 2025. You can help by choosing this Norse Nosh.

Aussie American Submarine (The Orcus) You won’t be able to plumb the depths of this whale of a sandwich in one sitting. Our servers will be happy to wrap it for your takeaway. But don’t be surprised when someone nukes it and

(all children under twelve charged double. We don’t want to encourage that kind of thing)

Dr. Schacht's AusteriTea "If only they had kept sipping Dr. Schacht's, Hitler would not have been necessary!"

Green Kool-Aid Trump wouldn't touch it, it must be good

Climat Frais Champagne Of course it's non-carbonated. The sparkle? It's bubbles come from a patented artisanal global hyperinflationary process years in the making

Baked Alaskan “Eskimo Pie” is now considered offensive, but who could object to this?

Schellnhubermunchies Be sure to save room for the treats named after the scientist that proved there is no more room for humans!

Hands Schellnhuber If you enjoy Lady Fingers, why stop there?

CanDePopcorn  made with peanuts, popped corn, caramel, and a variety of oral conceptives. You can pass it out on Halloween night, too. Trick the kids, treat the planet!

Thank you for dining with us. We realize you have other choices. For instance, you could eat some Chinese. But they would probably disagree with you.

*NO ANIMALS WERE HARMED IN THE PREPARATION OF THESE MEALS