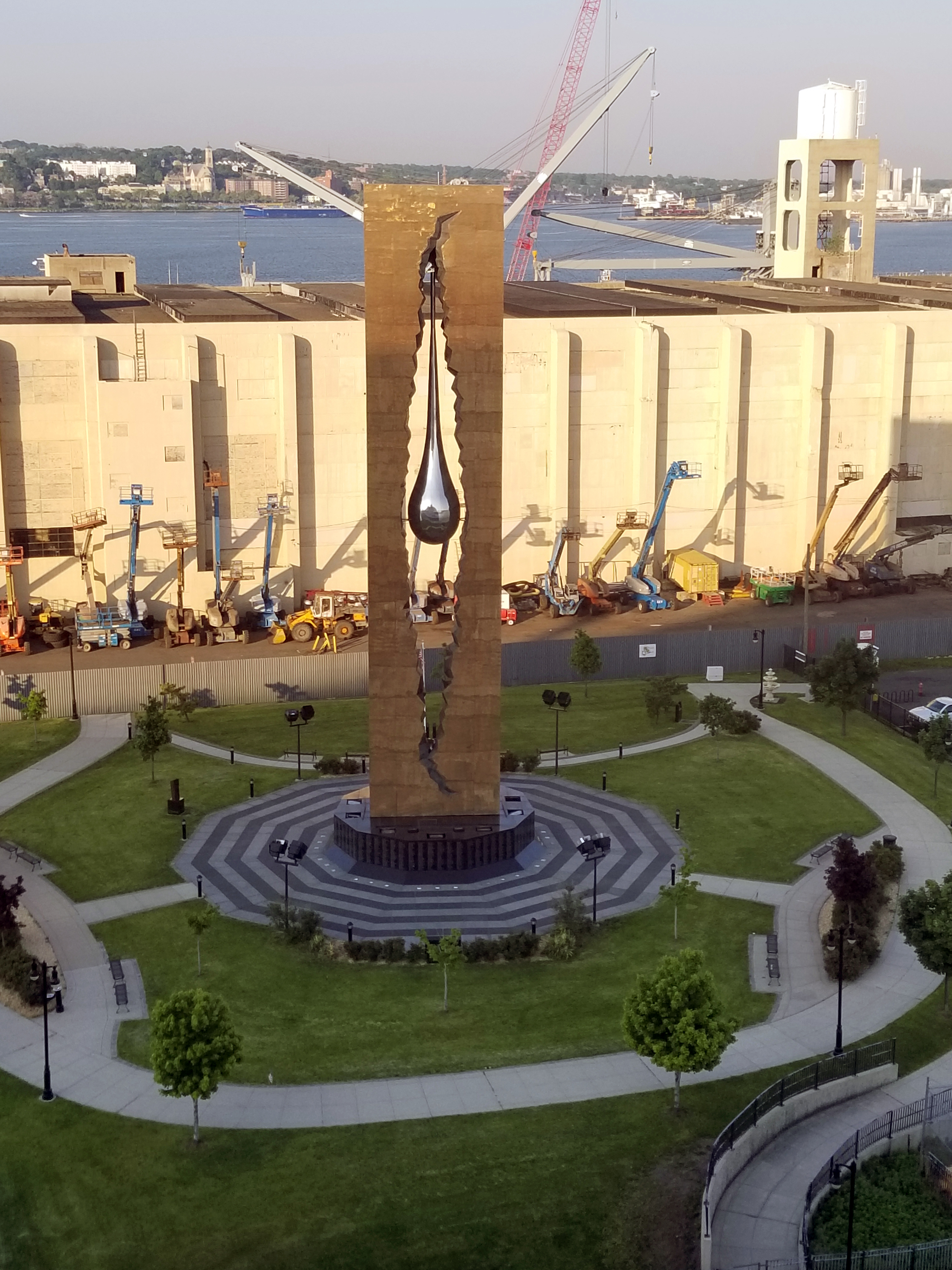 Every year for the last five years, the Schiller Institute has led a solemn memorial ceremony to mark the tragic death on Dec. 25, 2016, of Russia’s fabled Alexandrov Ensemble, along with humanitarian workers and others, in a plane crash near Sochi, Russia. Over the years, the ceremony has been held at the Tear of Grief monument in Bayonne, N.J.—a monument gifted to the people of the United States by the government of Russia in honor of the fallen victims of 9/11—and each time it has been moderated by a representative of the City of Bayonne Fire Department, and it has heard from an official Russian representative at the United Nations. Every year, the enduring friendship of the Russian and American people has been its message and song.

This year was no different, in those regards. And yet the ceremony held today carried with it a special urgency for action, given the extraordinary danger of thermonuclear war now facing the planet in the form of a kind of “reverse Cuban Missile Crisis” between the United States and Russia, as Schiller Institute founder Helga Zepp-LaRouche put it in her remarks read to the event.

Can such a threat be defused, and its causes degraded? Perhaps.

Yesterday the State Department announced that the dates have now been set for three meetings to address the Russian government’s demand for written security guarantees to stop the relentless eastward drive of NATO up to its very borders, and the positioning of defensive and offensive strategic weapons in those countries. High-level Russian officials will meet with their U.S. counterparts on Jan. 10—preceded by another direct conversation between Presidents Biden and Putin on Dec. 30. On Jan. 12 there will then be a Russia-NATO meeting to also address these security matters. And on Jan. 13, Russia will meet with the OSCE.

Substantive progress must come from these talks, including the signing of the two draft treaties that Russia has already proposed to the United States and NATO. Helga Zepp-LaRouche’s remarks read to today’s Alexandrov Ensemble memorial, sends the requisite message:

“In the name of the Schiller Institute, I send you my thoughts on the anniversary of the tragic loss of the members of the Alexandrov Ensemble and a number of other Russians on their way to Syria five years ago. In the artistic work of that choir was and is expressed that quality which makes us human.

“Unfortunately, our species finds itself right now in an incredible danger, in which the world is faced with a reverse Cuban Missile Crisis, to which the President of your country has reacted in an unmistakable fashion: He insists, rightfully, that the promises given to Russia around the time of the German Unification, that NATO would not move eastward, closer to the borders of Russia, and which were broken repeatedly, now belatedly be restated in a written and legally binding form—at least as it concerns Ukraine and Georgia. Indeed the history of the last 32 years is a history of an unbelievable series of lies and deceits to create a narrative to justify the vilification of Russia—to what end?

“The Schiller Institute fully endorses the demand by Russia that these treaties must be signed, and that the world must be pulled back from the brink of the abyss. We must shift all efforts to solve the great catastrophes of a pandemic out of control; a famine of biblical dimensions; the greatest humanitarian crisis on the planet, in Afghanistan; and to eradicate poverty for billions of people. We must reach a new paradigm of our civilization, or we may not exist.

“Let us revive the spirit of the cultural contribution of the Alexandrov Ensemble to mobilize the strength in ourselves to create a more human civilization!”

Watch the video of the event here.