Are Twenty Years of War Not Enough?

In reponse to the announcement that Australia, the United Kingdom, and the United States are forming a new alliance called the AUKUS scarcely two weeks after withdrawing from Afghanistan after twenty years of disaster, Schiller Institute founder Helga Zepp-LaRouche said that this new alliance is a mindless extension of the policy of endless war. Instead of abandoning Afghanistan to the hell that twenty years of military intervention followed by a shutoff of international funds have created and leaping into a new and totally unnecessary escalation of conflict with China, the United States and other NATO countries must immediately act to do good, to repair the damage of Afghanistan and the other unjust military adventures of the past two decades, through a policy of real development.

Zepp-LaRouche laid out the needed approach in her September 5 statement "Can ‘The West’ Learn? What Afghanistan Needs Now!"

The needs are urgent; the situation today in Afghanistan is horrendous. Despite a much-hyped sum of $1.2 billion assembled early this week from donors conference, Afghanistan remains largely cut off from sources of funding that are required to keep its people alive. Over $9 billion of the country's banking reserves are frozen by the United States. The World Bank has shut down a major health program required to maintain the system of clinics and hospitals that serve the population. The World Food Program warns of tens of millions of people already facing food insecurity or threatened with it.

But after withdrawing from Afghanistan following 20 years of disaster, instead of working to rebuild that nation, the United States has rushed into a new catastrophe — a new British Empire alliance targeting China as NATO already targets Russia. The Australia-United Kingdom-United States AUKUS alliance among what its imperial masters charmingly call "maritime democracies" was announced on Wednesday, focused squarely against China. 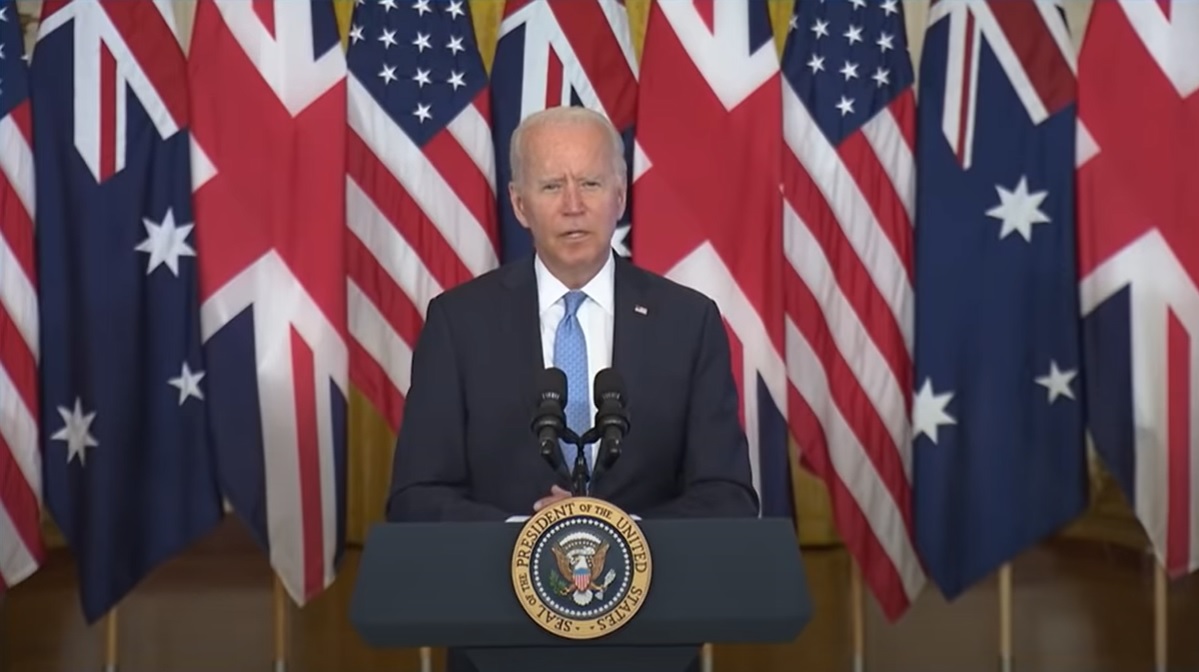 The goals of this military monstrosity include equipping Australia with a fleet of nuclear-propelled submarines, which UK Prime Minister Boris Johnson gushed "will be one of the most complex and technically demanding projects in the world, lasting for decades and requiring the most advanced technology." All that effort, for what end?

This is precisely the wrong orientation! As the British Empire pursues military pressure abroad and financial regime change at home, China has spent the last decade creating growth. Under the rubric of its Belt and Road Initiative, China has established a Central Asia-China gas pipeline, tying together Turkmenistan, Kazakhstan and Uzbekistan. The small town of Gwadar, Pakistan has been transformed into a modern industrial port, now connected to China's western provinces through the China-Pakistan Economic Corridor of roads, rail, power, and pipelines. China last year signed a development agreement worth up to hundreds of billions of dollars with Tehran. Following hundreds of billions or trillions of dollars of investment in Africa, China-Africa trade has doubled in the last years to a level that now is triple U.S.-Africa trade. China's approach is a far better example of pursuing "complex and technically demanding projects ... lasting for decades" than the pointless creation of an Australian nuclear submarine fleet!

As the Anglo-American alliance girds its warships and humvees with armor, the Chinese Belt and Road Initiative encircles the planet with infrastructure.

In her September 5 article, Zepp-LaRouche warned that the Afghanistan withdrawal could be the beginning of a shift away from endless war, or an escalation in an even worse direction: "But if this reorientation only means that we will no longer busy ourselves out in the boondocks with the 'endless wars,' but instead will concentrate all forces on the 'new challenges'—namely the confrontation with Russia and China—then the lesson from this shameful disaster has not been learned and we are embarking on an even worse catastrophe."

Unfortunately, that "even worse catastrophe" looms; the AUKUS reflects a steadfast determination not to learn the lessons of Afghanistan.

Permanent warfare is a dead end, potentially leading to the end of the human race. The trans-Atlantic world must instead reflect on its disastrous actions, and regain its morality, both abroad — as through Afghanistan reconstruction — and at home, through exerting government power over finance, to put the beyond-rotten financial system through a much needed bankruptcy reorganization, allowing focused investment in infrastructure and productivity, rather than finance and armaments.

Will the "West" fix the damage it has caused, adopt a moral approach, and embark on missions that bring enduring, legitimate pride? Will its leaders, or those who rise to act as its leaders, overturn the supremacy of Wall Street and the City of London, to chart a course of doing good?