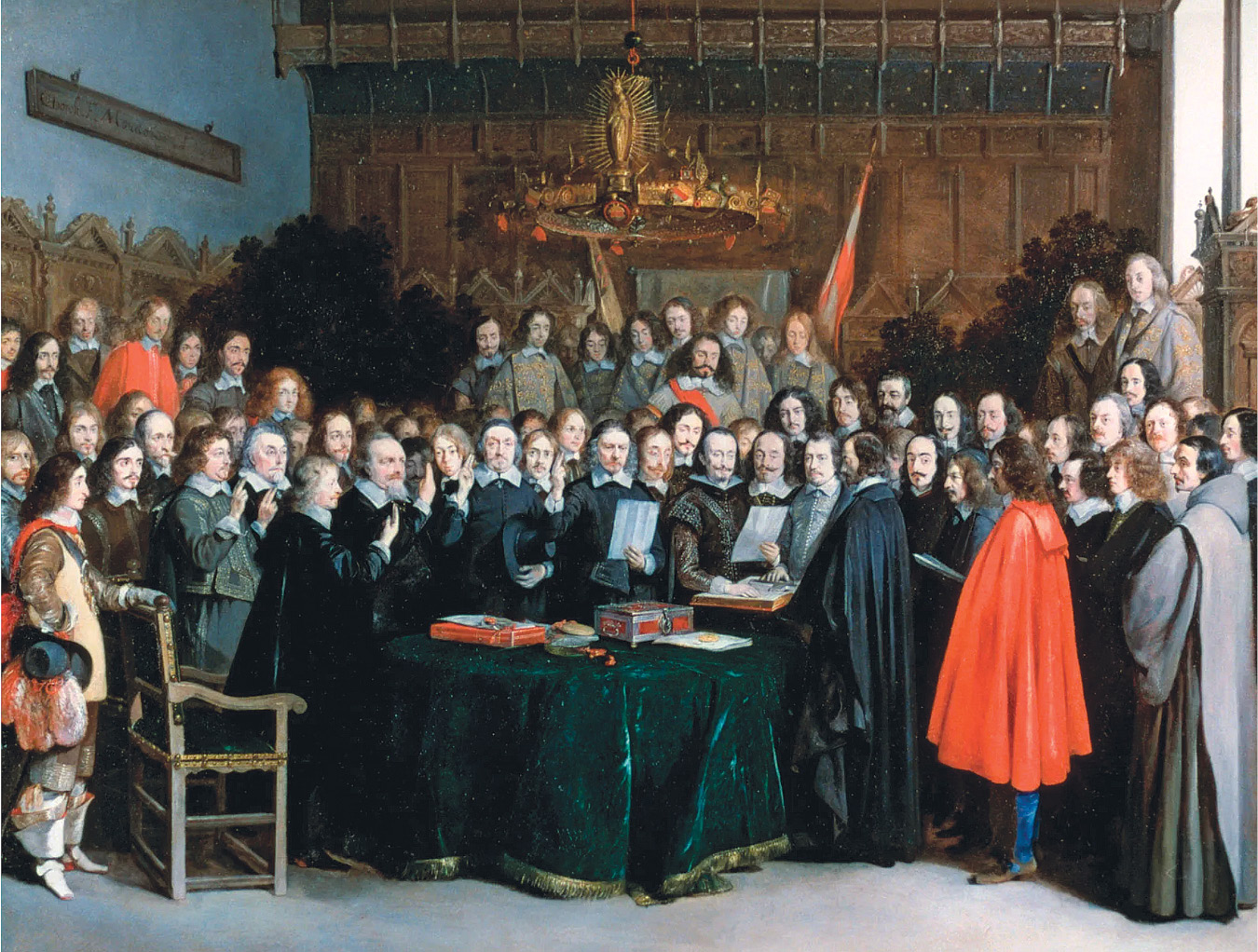 PARIS, March 9—Any attentive reader of the texts of the Peace of Westphalia treaties will discover that its deep philosophical commitment of favoring the “advantage of the other” as one’s own, is also translated into concrete acts laying the foundation for a new international financial and economic order.

Article 1 states the core philosophy: “That there shall be a Christian and Universal Peace, and a perpetual, true, and sincere Amity, between (list of all parties giving up the fighting)” and “that this Peace and Amity be observ’d and cultivated with such a Sincerity and Zeal, that each Party shall endeavour to procure the Benefit, Honour and Advantage of the other; that thus on all sides they may see this Peace and Friendship in the Roman Empire, and the Kingdom of France flourish, by entertaining a good and faithful Neighbourhood.”

Article 2 then outlines the kind of “reset” we urgently need today: “There shall be on the one side and the other a perpetual Oblivion, Amnesty, or Pardon of all that has been committed since the beginning of these Troubles, in what place, or what manner soever the Hostilitys have been practis’d, in such a manner, that no body, under any pretext whatsoever, shall practice any Acts of Hostility, entertain any Enmity, or cause any Trouble to each other; … all that has pass’d on the one side, and the other, as well before as during the War, in Words, Writings, and Outrageous Actions, in Violences, Hostilitys, Damages and Expences, without any respect to Persons or Things, shall be entirely abolish’d in such a manner that all that might be demanded of, or pretended to, by each other on that behalf, shall be bury’d in eternal Oblivion.”

Since for decades all players had been slaughtering each other to pay off their debts with imperial loot to bankers lending to all sides to keep the war going, the phrase includes the category of “Expenses” to be “buried in eternal Oblivion.”

Then, the Treaty, which takes up many particular demands, and before settling territorial claims concentrates on addressing the financial ruin in which all were descending. Insolvent and illegitimate debt and financial claims, explicitly identified as potential causes feeding the perpetual war dynamic, are sorted out and settled, mostly by debt annulment (Articles 13 and 35, 37, 38 and 39) or negotiated rescheduling (Art. 48). Article 40 explicitly specifies that honest loans extended during the war “with a good intent, by way of Contributions, to prevent greater Evils by the Contributors, are not comprehended herein” (and therefore to be honored).

Art. 13: “The Elector of Bavaria renounces entirely for himself and his Heirs and Successors the Debt of Thirteen Millions, as also all his Pretensions in Upper Austria; and shall deliver to his Imperial Majesty immediately after the Publication of the Peace, all Acts and Arrests obtain’d for that end, in order to be made void and null.”

Art. 35: “The Annual Pension of the Lower Marquisate, payable to the Upper Marquisate, according to former Custom, shall by virtue of the present Treaty be entirely taken away and annihilated; and that for the future nothing shall be pretended or demanded on that account, either for the time past or to come.”

Art. 37: “Contracts, Exchanges, Transactions, Obligations, Treatys, made by Constraint or Threats, and extorted illegally from States or Subjects shall be so annull’d and abolish’d, that no more Enquiry shall be made after them.”

Art. 38: “If Debtors have by force got some Bonds from their Creditors, the same shall be restor’d, but not with prejudice to their Rights.”

Art. 39: “The Debts either by Purchase, Sale, Revenues, or by what other name they may be call’d, if they have been violently extorted by one of the Partys in War, and if the Debtors alledge and offer to prove there has been a real Payment, they shall be no more prosecuted, before these Exceptions be first adjusted. That the Debtors shall be oblig’d to produce their Exceptions within the term of two years after the Publication of the Peace, upon pain of being afterwards condemn’d to perpetual Silence.”

Art. 40: “Processes which have been hitherto enter’d on this Account, together with the Transactions and Promises made for the Restitution of Debts, shall be look’d upon as void; and yet the Sums of Money, which during the War have been exacted bona fide, and with a good intent, by way of Contributions, to prevent greater Evils by the Contributors, are not comprehended herein.”

Art. 48: “As for the finding out of equitable and expedient means, whereby the Prosecution of Actions against Debtors, ruin’d by the Calamitys of the War, or charg’d with too great Interests, and whereby these Matters may be terminated with moderation, to obviate greater inconveniences which might arise, and to provide for the publick Tranquillity”

Readers of EIR will be interested in a feature by Pierre Beaudry on the Peace of Westphalia, which will appear in the next issue of EIR magazine.